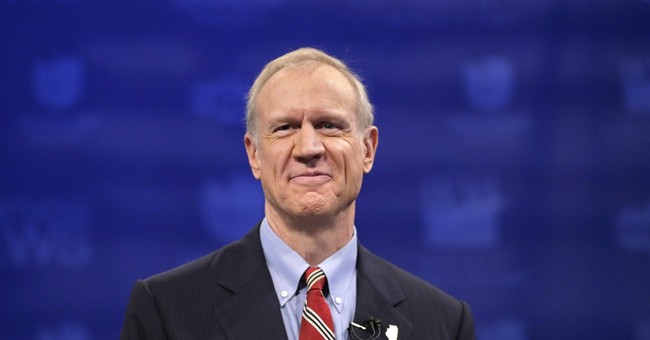 Illinois is the worst-governed state in the nation. It has high unemployment, poor economic performance, billions in unfunded pension liabilities, billions in unpaid bills, failing schools, the worst credit rating in the country, and rampant corruption and cronyism. According to a recent Gallup poll, a whopping 50 percent of respondents would even choose to move out of state if they had the chance.

For these reasons, voters in The Prairie State have chosen to pass on re-electing Democratic Gov. Pat Quinn, or the “failure,” as Republican challenger Bruce Rauner pegged him on the campaign trail.

Instead, they’re taking a chance on Rauner, a multimillionaire who has an economic vision to rescue Illinois from its downward spiral, and who's pledged to root out “waste, fraud, and corruption” in the state in which four of the last nine governors have gone to prison.

Democrats have controlled the governor’s office for 12 years. With the damage that’s been done, it will be interesting to see if Rauner delivers on his promises and turns the state around.

Governor Pat Quinn said Tuesday night that he wouldn't concede the election to Bruce Rauner until all the votes were tallied.

"I don't believe in throwing in the towel if that many votes are being counted," Quinn said, defiant. "We will never ever yield to a result until all the votes are in."