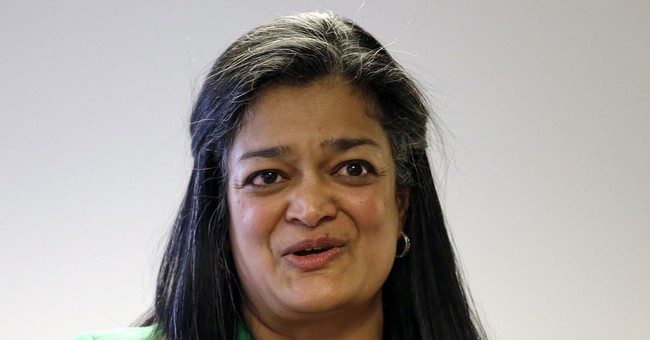 Rep. Pramila Jayapal (D-WA) told MSNBC’s Chris Hayes that President Trump wanted to shut down immigration to the U.S. to make the country “pure” from immigrants.

Regarding the partial government shutdown, Hayes asked her if she thought “a bill can be made or do you think this is fundamentally existential and cannot be made.”

“It is fundamentally existential if he continues to insist on a wall and you know you just said it so beautifully, Chris; this has never been about a wall,” she replied. “He actually could have gotten funding a couple of years ago, or a year ago, for a wall.”

She went on to claim that Trump’s “ultimate goal” was to “make America pure.”

“It was part of a deal that was proposed, not all of us agreed with that deal but it was proposed to him and he turned it down because his ultimate goal is, as you said, to make America pure in the sense of not having immigrants, not having folks of color here, and shutting down every form of legal immigration,” she said.

She said that she hopes President Trump’s showdown over the $5 billion in funding for the border wall will “backfire” on him.

“Most people in America do remember that they are one generation, two generations, just a little bit removed,” she said. “They were uncomfortable with the level to which this has gone. And so I hope that this can backfire on him and I hope that it continues to backfire on him because he has never been interested in being a president for the whole country.”

"It is a long-time agenda of these white supremacists who are fueling him at the base, and that is what is so disturbing," she claimed. "It's not about a wall, not about security."