Is Your Food Conservative? 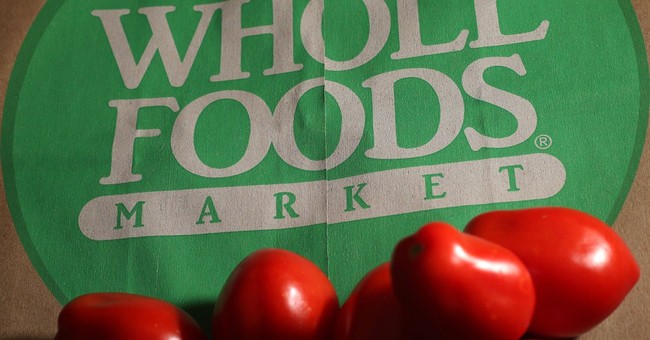 Every major corporation has a leader, and most of them have political views. This shouldn't come as a shock to anyone. Many of them also have Political Action Committees that are actively involved in politics. Again, should not be shocking.

A new mobile phone app allows you to scan the barcodes of consumer products to discover whether their leaders donate to political causes - and which ones they do donate to. John Brownlee went to Whole Foods and made a discovery: many products that fill the Whole Foods shelves could be associated with conservatism:

Spoiler: it's almost impossible to buy anything in Whole Foods without, in a roundabout way, supporting the Republican Party.

Checking my list, I noted the missus also wanted me to pick up some cereal. I grabbed a bag of Bob's Red Mill. *Gleeeble-fleep!* 49% Republican, 31% Democrat, 20% Other. Okay, how about Kashi? *Hooble-dee-zlorp!* That's better, I guess: 37.25% Republican to 33.5% Democrat, which means that the Kellogg's-owned Kashi brand bleeds bluer blood than that malevolently cackling, oatmeal-loving oligarch, Bob Moore.

The intense need for people to associate consumer brands with political ideology is so, so tiresome. We as conservatives should know this. Nearly every film that comes out of Hollywood is laden with a liberal message - and let's not get started on rock and pop music. We learn to appreciate these things if we enjoy them - so we can listen to Bruce Springsteen and eat organic granola without considering the political implications of either.

So I happily shop at Costco and buy Progressive insurance and don't really worry about what causes my money is going to support. If the product is good enough, it shouldn't really matter. So while Koch Industries manufactures Brawny paper towels, I usually buy Bounty - or just generic store brands like Target's.

Obsessing over the political leanings of the leaders of companies whose products you buy is a recipe for going crazy and cutting yourself off completely from society. Don't do it.