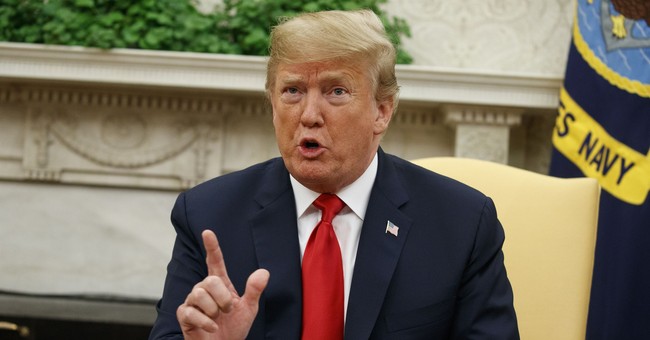 On Friday, an event took place at the White House hosting 11 "angel families" whose children suffered gruesome deaths at the hands of illegal immigrants, where President Trump signed photos of these families murdered children.

The mainstream media tried to spin it as another example of Trump being narcissistic. The negative comments and tweets defined President Trump as everything from a “tone deaf oaf” to a “sociopathic ghoul.”

he really will put his name on anything https://t.co/O9oQoGJqWi

“It is unclear when Trump autographed the images or if the families requested it,” reported the Hill.

It evidently occurred to none of these journalists except for the reporters over at “Conservative Review” to ask if the families had requested President Trump’s signature on their children’s photos.

“I asked [President Trump] myself if he would please do me the honor to sign [my son’s] picture," Sabine Durden told CRTV. "He gladly agreed and obliged. The other Angel parents also asked for his signature on their poster.” She said, “It’s a true treasure to me. How very sad that [President Trump’s] signature on our pictures is now an issue instead [of] the reason why we only have pictures left.”

Durden lost her son Dominic in a fatal vehicle accident caused by illegal immigrants which took place in California.

“All of us families ask[ed] President Trump to sign” photos said Chris Stansberry whose daughter Tierra died in fire which prosecutors allege was started by an illegal immigrant.

“It has nothing to do with his ego,” all families would “…much rather be at home with our children and never know President Trump,” said Laura Wilkerson whose son Jeff was tortured, beaten to death, tied up and set on fire by an illegal immigrant.

“The President did not offer. He was requested to sign them,” Steve Ronnebeck clarified to CRTV, whose son Grant was shot and killed by an illegal immigrant over a pack of cigarettes.

REQUESTED by family members after their private meeting and visit to the Oval Office - which took place before public remarks, as seen in the Eisenhower Executive Office Building, below. https://t.co/vP0ac11YpD