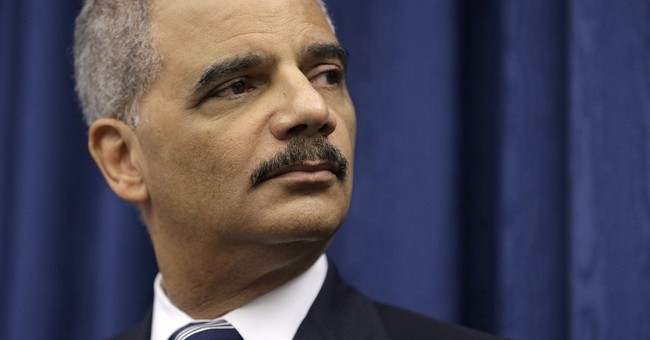 After months of stoking anti-police sentiment across the country, far-left organizations, leaders and government officials are in damage control mode, releasing a slew of statements in response to the execution style murders of uniformed NYPD Officers Wenjian Liu and Rafael Ramos Saturday afternoon in Brooklyn by a man claiming revenge for the cases of Michael Brown and Eric Garner.

President Barack Obama (who made a statement hours after being briefed on the golf course in Hawaii about the incident):

“I condemn this afternoon's senseless shooting of two New York City police officers in the strongest possible terms. This was an unspeakable act of barbarism, and I was deeply saddened to hear of the loss of these two brave officers in the line of duty.

“On behalf of all those who serve in the United States Department of Justice, I want to express my heartfelt condolences to the officers' loved ones and colleagues. I will make available all of the resources of the Department to aid the NYPD in investigating this tragedy.

"This cowardly attack underscores the dangers that are routinely faced by those who protect and serve their fellow citizens. As a nation we must not forget this as we discuss the events of the recent past. These courageous men and women routinely incur tremendous personal risks, and place their lives on the line each and every day, in order to preserve public safety. We are forever in their debt.

"Our nation must always honor the valor -- and the sacrifices -- of all law enforcement officers with a steadfast commitment to keeping them safe. This means forging closer bonds between officers and the communities they serve, so that public safety is not a cause that is served by a courageous few, but a promise that's fulfilled by police officials and citizens working side by side."

Our city is in mourning. Our hearts are heavy. We lost two good men who devoted their lives to protecting all of us. Officer Ramos, Officer Liu died in the line of duty, protecting the city they loved. Our hearts go out to their families, to their comrades in arms at the 84 Precinct, to the larger family of the NYPD. We honor the EMTs, the doctors, the nurses, everyone at Woodhull who tried valiantly to save their lives and couldn't. I want to thank everyone who came here today to support these families that are in such pain right now. All the leadership of the NYPD, the elected officials who are here – I thank them for coming here in solidarity with these grieving families and our police department. Although we are still learning the details, it's clear that this was an assassination – that these officers were shot, execution-style – particularly despicable act, which goes at the very heart of our society and our democracy. When a police officer is murdered, it tears at the foundation of our society. It is an attack on all of us. It's an attack on everything we hold dear. We depend on our police to protect us against forces of criminality and evil. They are a foundation of our society, and when they are attacked, it is an attack on the very concept of decency. Therefore, every New Yorker should feel they, too, were attacked. Our entire city was attacked by this heinous individual.

Even though the assailant took his own life, we'll be vigilant for any information about anyone else who might be involved. And this is a point to make clear to all my fellow New Yorkers – that any time anyone has information that there might be an attack on our police, there might be an act of violence directed at any police officer, it is imperative that that be reported immediately. You heard the commissioner outline the tragic timeline, but anybody who sees a posting on the internet or any other indication of an intention to attack the police must report it immediately. Call 9-1-1. Report it to a police officer. But whatever the situation, that information must get into the hands of the police immediately, so we can protect the lives of our police officers and, in fact, of all of us, since they protect us.

There is a sadness that is very, very hard to describe. Commissioner Bratton has felt it many times. I have felt it many times. We met the family members. We met the parents of Officer Liu, the woman he recently married. We met the wife of Officer Ramos. We met his 13-year-old son, who couldn't comprehend what had happened to his father. And with other public servants, and with leaders of this police department, we prayed over the bodies of these two officers. And I ask that all New Yorkers pray for them, pray for their families. It's a moment of terrible loss and it's a moment when we must all come together to support these families, to support healing, and to be thankful that there are heroes among us, like Officer Ramos and Officer Liu.

De Blasio must have missed the "peaceful" protestors in New York marching with Al Sharpton last week chanting, "What do we want? Want dead cops! When do we want them? Now!"

The protesters were part of Al Sharpton’s “Million Marchers” protest against police violence. The protesters chanted “What do we want?… Dead cops!” as they marched in New York City.

"I have spoken to the Garner family and we are outraged by the early reports of the police killed in Brooklyn today, Any use of the names of Eric Garner and Michael Brown, in connection with any violence or killing of police, is reprehensible and against the pursuit of justice in both cases.

We have stressed at every rally and march that anyone engaged in any violence is an enemy to the pursuit of justice for Eric Garner and Michael Brown. We have been criticized at National Action Network for not allowing rhetoric or chanting of violence and would abruptly denounce it at all of our gatherings. The Garner family and I have always stressed that we do not believe that all police are bad, in fact we have stressed that most police are not bad.

We plan to hold a press conference in the morning to express our outrage and our condolences to the families and the police department. Details to follow."

“The ColorOfChange community is deeply saddened to learn about the killing of two NYPD officers in Brooklyn and the attempted killing of the shooter’s ex-girlfriend. It is a tragedy anytime a life is lost to senseless violence. We send our heartfelt condolences to the loved ones of the two officers that lost their lives today.

“Our community knows all too well the grief and heartache associated with losing a loved one to violence. Today is another tragic reminder that we have an enormous amount of work to do to keep our communities safe. We condemn any and all forms of violence, including violence perpetrated by and against police officers.

“ColorOfChange will continue to support peaceful protesters fighting for a higher standard of policing in cities across the country. The deaths of these officers in the line of duty should not result in retaliation or more militarized, violent attempts by law enforcement to suppress protests or target civilians. We caution the efforts by police unions and others to draw misleading connections with this tragedy to the growing nationwide movement to hold officers accountable.

“We urge the media to push back against claims not rooted in facts. This is a sad and terrible incident that troubles all of us working for more just and safer country"

"Our hearts grieve with New York, a community already reeling from the losses of Eric Garner, Ramarley Graham, Kimani Gray, Akai Gurley, Islan Nettles and many more. An eye for an eye is not our vision of justice, and we who have taken to the streets seeking justice and liberation know that we need deep transformation to correct the larger institutional problems of racial profiling, abuse, and violence.

"We know all too well the pain and the trauma that follows the senseless loss of our family members and loved ones. We extend our hearts and prayers to the families of those who lost their loved ones this week. No one should suffer the loss of those whom they love.

"At the heart of our movement work is a deep and profound love for our people, and we are rooted in the belief that Black people in the U.S. must reassert our right to live be well in a country where our lives have been deemed valueless. Together, we champion a complete transformation of the ways we see and relate to one another.

"Our movement, grown from the love for our people and for all people, will continue to advance our vision of justice for all of us. Let's hold each other close as we work together to end violence in our communities—once and for all."

"We are shocked and saddened by the news of two NYPD officers killed today in Brooklyn. We mourned with the families of Eric Garner and Mike Brown who experienced unspeakable loss, and similarly our hearts go out to the families of these officers who are now experiencing that same grief. They deserve all of our prayers.

"Unfortunately, there have been attempts to draw misleading connections between this movement and today's tragic events. Millions have stood together in acts of non-violent civil disobedience, one of the cornerstones of our democracy. It is irresponsible to draw connections between this movement and the actions of a troubled man who took the lives of these officers and attempted to take the life of his ex-partner, before ultimately taking his own. Today's events are a tragedy in their own right. To conflate them with the brave activism of millions of people across the country is nothing short of cheap political punditry.

"Elected officials and law enforcement leaders must not allow this narrative to continue, as it only serves to heighten tensions at a time when the families of those killed are in mourning.

"We stand with the families in mourning, we stand united against senseless killings, and we stand for a justice system that works for all."

The narrative has already become that the perpetrator who carried out the assassinations and eventually killed himself is unrelated to the cases of Michael Brown or Eric Garner, but the Instagram account of the murderer states otherwise.

"I'm putting wings on pigs today, they take 1 of ours....let's take 2 of theirs #ShootThePolice #RIPErivGardner #RIPMichaelBrown This may be my final post. I'm putting pigs in a blanket."