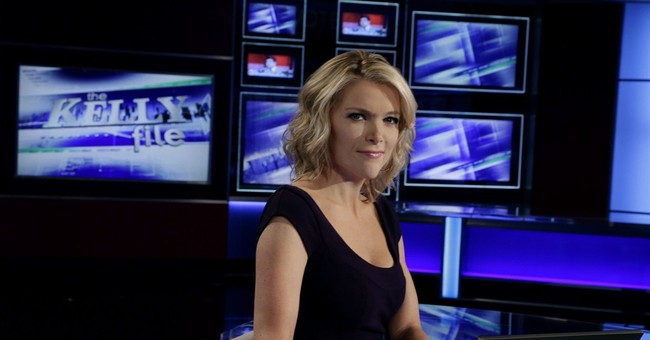 Yesterday Salon, a far-left outlet, published a piece in which Bill Ayers said Fox News Host Megyn Kelly had "very cold eyes" and that she is a very strange person. The comment came a month after Kelly conducted an explosive interview with Ayers on her show. From the piece:

She struck me as a very strange person. She’s like a cyborg constructed in the basement of Fox News. She’s very striking, but very metallic, very cold. Her eyes are very cold.

In response to Ayers, Kelly tweeted about his comments and then took him on during her show last night.

Bill Ayers 2 left-wing rag:"Megyn Kelly's eyes are very cold." Only when I'm looking @a man who bombed the USA & home of a little boy, Bill!

As for my alleged time in the basement, well I've never actually lived underground unlike Ayers and his wife Bernadine who evaded the FBI for 11 years. And then there's the eyes. The man's got a point, they can be cold, but not as cold as those of three people killed while making bombs for Ayers' group, but I see a tie, especially when I'm looking at a serial bomber who terrorized so many, including an innocent little boy.

When Biden calls a “lid,” Democrats wet the bed — and Trump starts mocking
Hotair
Biden Talks About Imaginary People, Says He’s Been in the Senate 180 Years and Has to Be Helped by MSNBC Host
Redstate