Obama to Fundraise in Texas Today, Won't Visit Child Crisis on the Border 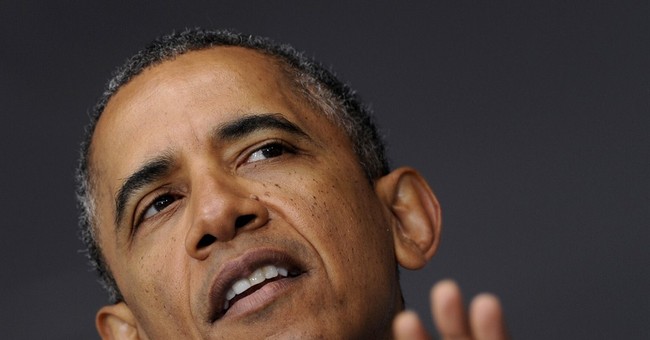 President Obama is headed to Texas today where he will attend two fundraisers for Democrats but has no plans to visit the ongoing unaccompanied illegal immigration crisis, a crisis he created, on the southern border with Mexico.

Officials from the Democratic National Committee say that the president will attend fundraising events on July 9 and 10 in Austin. As first reported by The Hollywood Reporter, Texas filmmaker Robert Rodriguez will host the first event on July 9 at his Austin home.

Tickets for the Rodriguez-hosted fundraiser range from $5,000 to $32,400. Jessica Alba, Demi Lovato, Rosario Dawson and Danny Trejo are slated to make appearances at the event, according to The Hollywood Reporter.

The president will stay overnight in Austin and appear at a July 10 fundraiser and roundtable discussion hosted by Aimee Boone Cunningham at her home. Cunningham serves as the assistant secretary of the Center for Reproductive Rights. Tickets for this event are $32,400.

Meanwhile it isn't just Republicans begging President Obama to visit the border, Democrats are calling for him to do so as well. Texas Democratic Rep. Henry Cuellar said earlier this week that the inhumane situation on the border could easily become President Obama's Katrina and that a visit is necessary for the president to truly understand how dire the situation really is.

“If he wants to do the fundraisers first and then after that stop by the border, it’s not too far away. I think it would be good for him to put a face to it, but, again, it looks like he’s dug in, not wanting to come, and not going by what the critics are saying.”


The President will meet with Texas Governor Rick Perry in Dallas while he's in the Lone Star State to talk about the ongoing crisis.