After Two Years in Mexican Custody, Suspect in Brian Terry's Murder Extradited to the United States 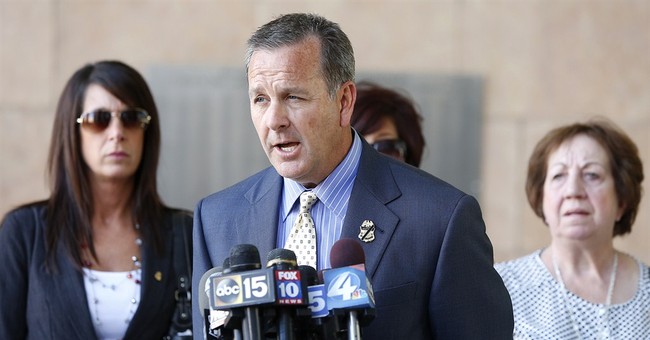 Late last night, FBI agents flew to Mexico City and took Lionel Portillo-Meza, aka "Jesus Leonel Sanchez-Meza", into custody. Sanchez-Meza is wanted for the murder of Border Patrol Agent Brian Terry and was part of the rip-crew that engaged BORTAC agents in a firefight on the night of December 14, 2010. Sanchez-Meza was arrested in Mexico on September 6, 2012 and his been waiting extradition from a prison there for nearly two years. He is currently in Tucson, Arizona for a court hearing Wednesday afternoon after being transferred through Houston.

According to an indictment, Sanchez-Meza will tried on 11 counts, including for first and second degree murder.

"'Jesus Leonel Sanchez-Meza,' did intentionally and forcibly assault, resist, oppose, impede, intimidate and interfere with United States Border Patrol Agent Brian Terry, an officer of the United States, with a deadly and dangerous weapon, to wit, a firearm, while said officer was engaged in and on account of the performance of his duties; in violation of Title 18,United States Code, Sections 111(a) and 111(b) and Pinkerton v. United States, 328 U.S. 640 (1946)," the indictment states.

Another suspect in Terry's murder, Ivan Soto-Barraza, is still in Mexican custody waiting extradition. Two other men, Jesus Rosario Favela-Astorga and Heraclio “Laco” Osorio-Arellanes, are still on the run. Two of the guns found at Terry's murder scene were trafficked to Mexican cartels through the Department of Justice's Operation Fast and Furious.