August Recess Fast Approaching, Congress Down to the Wire on Immigration 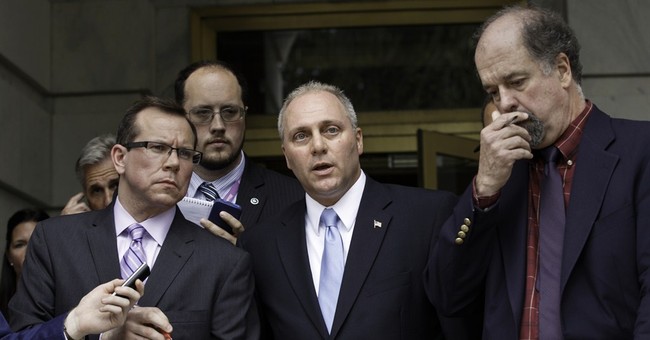 Indecision over how to approach the steady influx of migrant children has lawmakers playing the finger-pointing game in Washington. The House, Senate, and White House will need to act quickly and work together if they hope reach a deal by the end of the week.

Scalise stressed the urgency of the situation while speaking with FNC’s Chris Wallace this morning. He declared that Congress is ready to tackle the issue but President Obama is more interested in securing funds for the Democratic party than securing the border:

Well, it’s ironic. We’re here in Congress right now and the president doesn’t want to work with us while we’re in town, he wants to wait until people are gone. The president has a lot of time on his schedule to secure fundraisers, but he has no time to secure the border. He has not taken his job seriously in this regard. The House is willing to lead. The House has laid out what we’ll do to solve this problem. The president just wants to sit back and play politics. He’s flying around the country doing fundraisers, he doesn’t have time to sit down and work with Congress.

Here’s a little secret about members of Congress: they are people just like us and they like to go on vacation just like us. There is no easy solution to the complex problem at the border. We will see what happens in September.