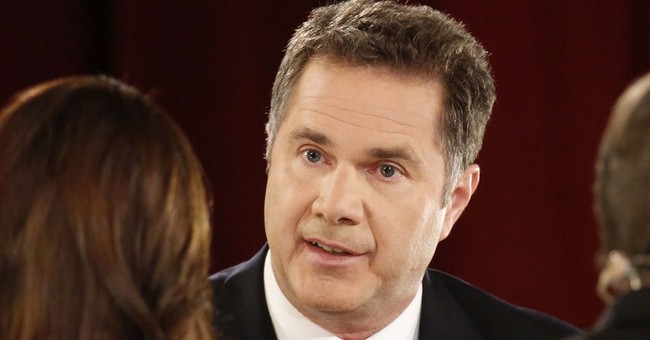 Republican Joni Ernst and Democrat Bruce Braley locked horns in their final Iowa Senate debate last night. Katie already posted video of Ernst's terrific rejoinder to Braley's lecturing on Iraq, and Conn is keeping tabs on auspicious-looking early voting trends. Two more clips for you. The first features Ernst pushing back against Braley's revisionism on Obamacare, which he's now claiming is flawed and in need of fixing. The Republican reminded her  opponent -- to whom Nancy Pelosi assigned the task of delivering one of the 'closing arguments' for the law -- that he's boasted in the recent past of having read every last word of the law before he voted for it:

"You said you read every page of this bill. You tabbed it. You highlighted it. So either you didn't understand what was in the bill, or you were misleading Iowans, and I don't know which one is worse."


In another exchange, Braley was pressed on his abortion extremism, at which point he claimed to be a supporter of life and an opponent of late-term abortion.  The Weekly Standard's John McCormack fact-checks those assertions:


Iowa's Democratic senatorial candidate Bruce Braley said during a debate Thursday: "I have always stated, contrary to what Senator Ernst said, that I oppose all late-term abortions that aren't necessary to save the life or health of a mother." But in 2013, Congressman Braley voted against a bill that would have banned abortions later than 20 weeks after conception, with exceptions for the cases of rape, incest, and when a physical health issue endangered the life of the mother. Braley also cosponsored a new bill in 2013--the "Women's Health Protection Act"--that would strike down almost all limits on abortion, including the 1989 Pennsylvania law used to convict the notorious murderer Kermit Gosnell...This bill that Braley supports is so extreme that even Colorado senator Mark Udall has declined to co-sponsor the Senate version of it.


In other words, he misled viewers, probably because he can read the polls on late-term abortion (even if they don't impact his actual votes on the matter).  When you're too extreme for "Mark Uterus," who can't even bring himself to oppose sex-selective abortions, you're far, far, out of the mainstream.  One more note on this race.  Retiring Democrat Tom Harkin has decided to keep his multi-million-dollar war chest to himself for a legacy project, rather than help out Braley's campaign:


Senate Democrats are pleading with donors to give to Rep. Bruce Braley’s campaign as they struggle to pull off a victory in Iowa and save their endangered majority. But there’s one key player holding onto his campaign cash: Iowa Sen. Tom Harkin. Despite direct appeals from Senate Majority Leader Harry Reid of Nevada and other top Democrats, Harkin has refused to transfer money from his $2.4 million campaign account to the Democratic Senatorial Campaign Committee, according to sources and campaign finance records. Instead, the retiring Iowa senator has informed party leaders that he plans to use the campaign funds for a charitable contribution to an entity that bears his name: The Harkin Institute for Public Policy and Citizen Engagement at Drake University in Des Moines, according to sources close to discussions with the senator. The issue has been the subject of multiple tense meetings.


This awkward internecine fight led a DailyKos contributor and poll watcher to render this assessment of the race:

This has almost the feel of an early firing squad: http://t.co/oPu8CpUheb #IASen