Obama: "I Profoundly Regret What Happened" 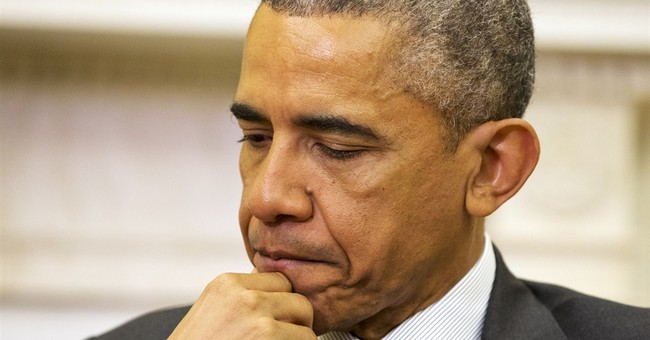 The Commander-in-Chief is regularly responsible for making life or death decisions. Oftentimes, those decisions are made with imperfect intelligence — or limited information. But they must be made anyway. It's part of the job description.

Bearing that in mind, at the White House on Tuesday, President Obama publicly apologized to the nation after announcing a recent counterterrorism operation unintentionally killed two innocent hostages abducted by al Qaeda.

“This morning I want to express our grief and condolences to the families of two hostages – one American, Dr. Warren Weinstein, and an Italian, Giovanni Lo Porto – who were tragically killed in a US counterterrorism operation.”

“Warren and Giovanni were aid workers in Pakistan, devoted to improving the lives of the Pakistani people,” he continued. “After Warren was abducted by al Qaeda in 2011, I directed my national security team to do everything possible to find him and bring him safely to his family. And dedicated professionals across our government worked tirelessly to do so.”

Unfortunately, however, the US government did not know his whereabouts, and thus he was killed (along with Lo Porto) in a drone strike somewhere along the Pakistan-Afghanistan border.

They were innocent casualties of war.

“Since 9/11 our counter-terrorism efforts have prevented terrorist attacks and saved innocent lives, both here in America and around the world,” he said. “And that determination to protect innocent life only makes the loss of these two innocent men especially painful for all of us.”

The president, however, is holding himself accountable for what happened.

“Today I simply want to say this: as president and Commander-in-Chief I take full responsibility for all our counterterrorism operations, including the one that inadvertently took the lives of Warren and Giovanni,” he said. “I profoundly regret what happened. On behalf of the United States government I offer our deepest apologies to the families.”