New Ads: In Final Days, Team Cotton Makes The Race All About Obama 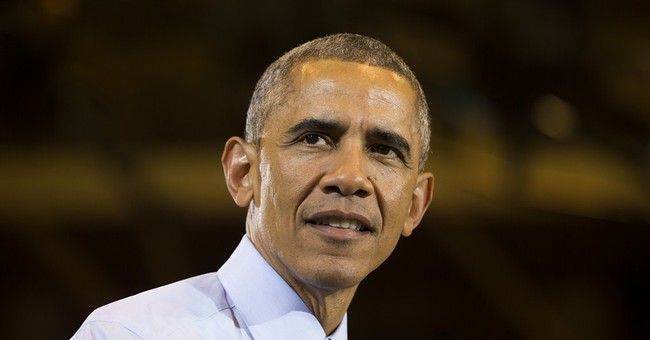 Team Cotton has a solid new ad out digging Sen. Mark Pryor for his liberal voting record. It attempts to show how ludicrous it is to agree with someone on virtually everything, which is essentially what Sen. Pryor has done since President Obama was swept into office:

Meanwhile, the new ad below strikes a similar chord, although it claims Pryor votes with President Obama “93 percent of the time”:

"Sen. Pryor voted for the Obama policies almost every time..."

“It’s a pretty good scam isn’t it?” former President Bill Clinton said at a campaign stop earlier this month. “Give me a six-year job for a two-year protest. That’s Mark Pryor’s opponent’s message.”

It sure is, and it might work, too. Mitt Romney carried Arkansas by roughly 24 percentage points back in 2012. Meanwhile, the incumbent president’s approval ratings now hover around the low 30s, according to two recently conducted polls. But unlike New Hampshire and North Carolina, Arkansas is a crimson state. So while Pryor’s voting record isn’t nearly as ideological as Sen. Jeanne Shaheen’s (D-NH) or Kay Hagan’s (D-NC) – he actually agrees with Cotton on several key issues – voters in Arkansas are predisposed to be more receptive to it.

For many voters, regardless of what the percentage actually is, both ads imply Sen. Pryor’s voting record in Washington is contributing to the partisanship and gridlock that is ruining the country. And for that, Cotton argues, voters should unseat him on Election Day.