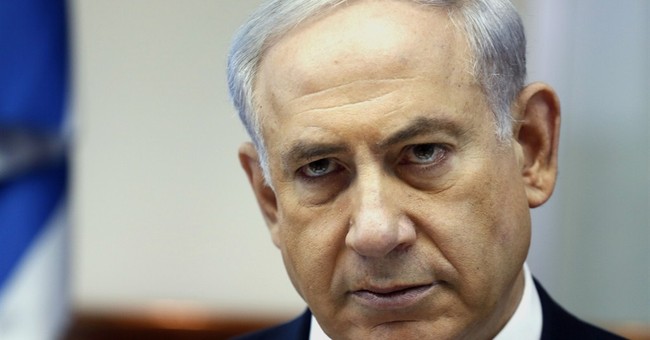 Guy has been all over the resumption of hostilities between Israel and Hamas, the State Department-labelled terrorist organization this week. Naturally, the Left has largely taken a sympathetic and one-sided view of the conflict, falsely appraising Israel as the aggressor. Why? Because Israel hasn't suffered any fatalities yet -- thanks, in part, to its life-saving and necessary missile defense system.

That all changed today, however, when Israel’s first citizen was killed by Hamas-sponsored mortar fire:

An Israeli man delivering food to soldiers Tuesday at the border of the Gaza Strip was struck and killed by mortar fire, becoming the first Israeli death in more than a week of fighting between the country’s army and Hamas militants.

Police spokesman Micky Rosenfeld told The Associated Press that the man, in his 30s, was at the Erez Crossing with the Gaza Strip.

Last weekend, Israeli Prime Minister Benjamin Netanyahu passionately defended his country’s right to defend its homeland and its people -- by any means possible if necessary, he said -- when confronted with belligerent and hostile aggressors. But he hasn’t ruled out diplomatic avenues to end the bloodshed, either. Today, for example, he signed a cease-fire agreement brokered by the Egyptians. The proposal, however, was ultimately rejected by Hamas.

Thus, with overtures of peace bearing little fruit -- and news that Israeli citizens are now dying from Hamas-propelled rockets -- Netanyahu told his countrymen in a television broadcast today that he will not stand idly by while Hamas continues to bring about Israel's ruination, according to Reuters:

Prime Minister Benjamin Netanyahu vowed Israel will intensify its week-old offensive against Hamas in Gaza after the Islamist group continued firing rockets at Israel instead of accepting an Egyptian-proposed ceasefire.

“It would have been preferable to have solved this diplomatically, and this is what we tried to do when we accepted the Egyptian proposal for a ceasefire, but Hamas leaves us no choice but to expand and intensify the campaign against it,” Netanyahu said in broadcast remarks.

So the bloodshed will continue. For what it’s worth, I’ll leave you with Dennis Prager’s latest column, in which he cogently explains why a nation so similar and with so much in common with the United States is so despised and shunned by the international community and the progressive left. Be sure to read it all.