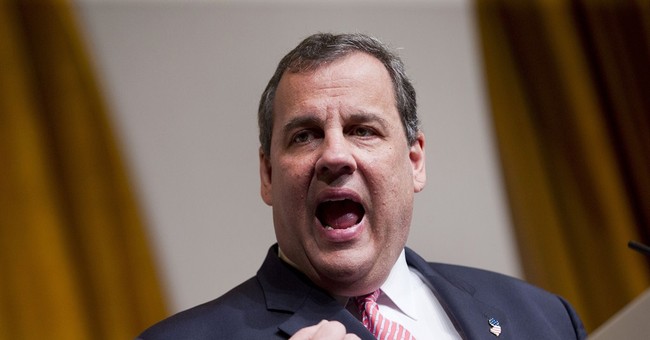 Governor Chris Christie of New Jersey will make his White House bid official as early as next week, according to sources close to Christie. The governor has been vigorously touring the United States and performing media rounds in anticipation of his announcement. He will be the 14th person to throw his hat into the presidential ring.

Christie's presidential prospects, which once seemed unshakable, have dampened over the course of his governorship — particularly during his second term in office. He has been embattled ever since the "Bridgegate" scandal in 2013, in which top members of his staff orchestrated a traffic jam as an act of political retribution on a city mayor. Even as three independent investigations failed to produce any evidence that Christie knew about the plan — and therefore absolved him of guilt — the scandal still delivered a tough blow to Christie, not least because the media aggressively worked to maximize the damage to his name.

Christie became the GOP's rising star in 2009 when he unseated the incumbent Democrat, Jon Corzine. He became, in many ways, the GOP's rhetorical antidote to the Democrats as they dominated Washington politics from 2009 to 2010. He ruffled a great deal of feathers in those early years, wielding the nation's most constitutionally powerful governorship to reform pension programs and pull his state back from the brink of insolvency. He gained a reputation as both a straight-talking reformer and a larger-than-life personality, and he relished the limelight. His savory town hall confrontations made him the darling of conservatives across the country.

Christie enjoyed unprecedented levels of support in his first term, and that support peaked in 2012 after Hurricane Sandy wreaked $38 billion in damage in New Jersey. Christie lobbied President Obama and FEMA for federal emergency funds, and his success earned him 61 percent of the vote in getting reelected the next year.

But since his reelection his approval has taken a tumble, and the single biggest reason is undoubtedly Bridgegate — the scandal that he never partook in, but has been kept aflame by the media. At the end of 2013, Christie enjoyed roughly 60 percent approval and his disapproval sat at 24 percent. By March of the next year, his approval rating had plunged to 41 percent and disapproval had surged to 44 percent. As the investigations unfolded, and as another accusation emerged that Christie had withheld hurricane relief funds for corrupt purposes, his approval plummeted further, reaching a new low of 30 percent this week.

This plunge in approval for Christie's governance took place as economic conditions were actually improving in New Jersey. The state's unemployment rate has fallen from 7.5 to 6.5 percent since his reelection in 2013, and that's down from 9.5 percent in the direct aftermath of Hurricane Sandy. He has also passed five balanced budgets during his time as governor — this after Jon Corzine, Christie's predecessor, had left the state with chronic deficits.

But in the game of Republican primary politics, it is not the approval of New Jerseyans that Christie needs, but that of his fellow conservatives. That support has largely dried up, not so much because of the alleged scandals, but because of the overabundance of Republican candidates. This is arguably the deepest bench that Republicans have fielded since 1980. That means campaign funding will be scarcer, and primary votes will be spread more thinly.

Christie faces an uphill battle in the coming months. In a recent national Republican poll, he held only 4 percent of the vote. Jeb Bush led the pack with 22 percent, with Scott Walker trailing behind him at 17 percent. Similarly in New Hampshire, Christie faces difficulties. He only received 5 percent in a recent state poll, which Bush led with 14 percent.

The good news for Christie is that it's very early. His best strategy in the months ahead will be to chip away at the more moderate, business wing of the Republican constituency — the wing that Bush has been shoring up. More socially conservative candidates like Ted Cruz, Rick Perry and Mike Huckabee will soak up just about every inch of support from the religious wing of the party, but that was never Christie's wing to begin with. Bush's lead in the polls is largely owing to the dearth of moderate conservatives that he's competing with (though he is also one of the more serious and well funded candidates). As a result, he's taking in more than his share of the Republican electorate. Despite the thickness of the Republican field, there's plenty of room for Christie in Bush's wing of the party.

Christie's success is also likely to hinge on whether he passes a balanced budget next week. He has pulled out all the stops possible to keep from raising taxes, and doing so would be a blight on his record just as he's about to jump into the race. If primary voters have other options — and they do — they'll choose the candidate who is conservative, likable, and didn't raise taxes.

If Christie can hammer out a deal with his Democratic legislature to secure a sixth balanced budget, then look for the Jersey man to make a big splash in the primaries this fall. He'll be motivated and on the offense, and his electric stage presence in the debates will more than make up for the deficiencies of his second term in office.

As Christie prepares to become the 14th Republican to declare his candidacy for president, Republicans will want to grab the popcorn. It will only get more enjoyable from here.