Two Trump Judicial Nominees Criticized for Answers About Brown v. Board of Education 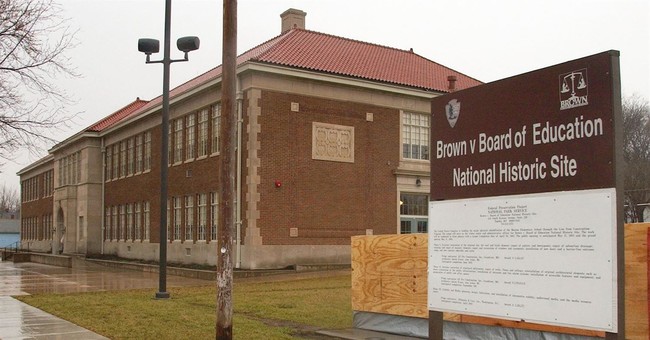 Wednesday marked the 64-year anniversary of the historic Brown v. Board of Education ruling. The unanimous 9-0 Supreme Court decision declared that the "separate but equal" doctrine was unconstitutional and started the process of ending school segregation.

With the landmark decision's milestone, groups like Legal Defense Fund are demanding two Trump-nominated judicial nominees withdraw their names from consideration. The nominees, Wendy Vitter, nominated for a federal judgeship in New Orleans, and Andrew Oldham, nominated for the U.S. Court of Appeals for the Fifth Circuit, "refused" to answer in their confirmation hearings whether Brown v. BOE was correctly decided.

The recent refusals of judicial nominees to answer whether #BrownvBoard was correctly decided is a dangerous flouting of democratic norms. If confirmed, they will be entrusted with enforcing the rule of law, Brown's legacy, and the nation's civil rights. pic.twitter.com/TeTfE7MNa8

Brown v. BOE "corrected an egregious error" in overruling Plessy v. Ferguson, Oldham said when asked by Sen. Richard Blumenthal in his confirmation hearing, but did not expand.

Wendy Vitter also did not provide an answer, telling Blumenthal during her own hearing that she "will respectfully not comment." She did, however, offer the following.

“It’s very easy to see Plessy v. Ferguson and to read Justice Harlan’s dissent which of course became the basis for Brown v. Board of Education and to look at that and say well that sounds very obvious to us now in 2018, that that was the right decision, but that’s hindsight, I have the benefit of that hindsight.”

Still, "this is disqualifying, and her nomination must be withdrawn," the Defense Fund charges.

On the 64th anniversary of the Supreme Court’s historic decision in Brown v. Board, the Senate Judiciary Committee is considering two nominees who would not state that the decision ending racial segregation in schools was correctly decided. That’s disturbing.

The Senate Judiciary Committee is expected to vote on Vitter's nomination Thursday.