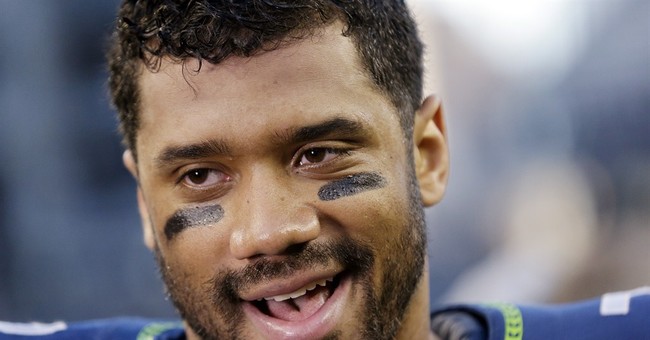 Talk about a class act.

Seattle Seahawks' Quarterback Russell Wilson was on a flight to Seattle a few days ago when he saw a soldier, Kane Bernas, board and head for the back of the plane. Wilson, seeing this, decided to take matters in to his own hands and upgraded Bernas to a first-class seat.

Russell Wilson was on my flight back to seattle and he brought me up to first class. Mad respect! #clutch

Wilson responded about 20 minutes later, thanking the soldier for his service.

Anytime Kane... Thanks for serving our great country by serving with the Army! #GoUSA ?? @AlaskaAir https://t.co/s19IcAf7fZ

According to Bernas, it was the "best flight ever."

It's nice to see a professional athlete, especially a football player, act in such a generous manner. With recent incidents of athletes acting badly, players like Wilson making the news for positive incidents are a welcome change. While upgrading a flight from coach to first class was probably nothing for Wilson, he certainly made Bernas' day. That's what's really important.