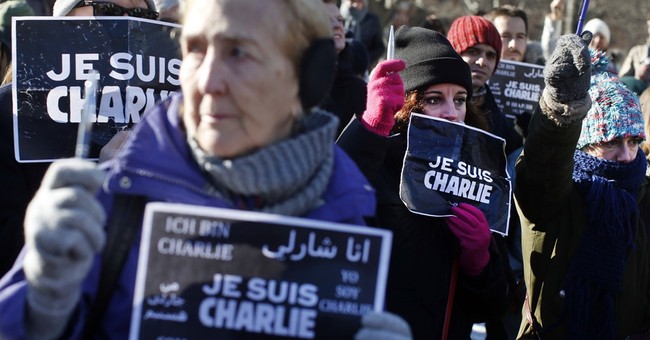 The Simpsons included a brief tribute to the murdered Charlie Hebdo cartoonists at the end of last night's episode, with a shot of Maggie Simpson dressed as the Goddess of Liberty holding a "Je Suis Charlie" flag.

For everyone who's watching the Golden Globes and not The Simpsons, this was at the end of tonight's episode. pic.twitter.com/joCRxpXWzC

The Simpsons has dealt with their fair share of controversy over its 26 seasons, and has provided social commentary on issues as diverse as gay marriage to vegetarianism.

This move was a classy and subtle tribute from one set of cartoonists to another. Nobody should face violent threats over cartoons.