Round 2: UN Continues Their Push To Disarm Americans 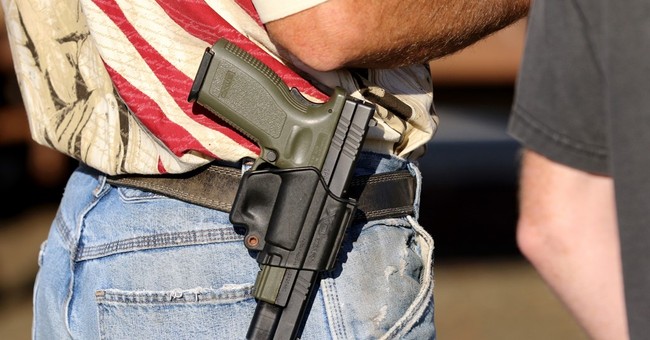 During RevCon3, the conference on the programme of action on small arms and light weapons, Guterres had a message delivered on his behalf (emphasis mine):

Every year, over half a million people are killed violently around the world, mostly through small arms fire.

Those pulling the trigger may be soldiers, border guards or police, using their weapons as a last resort, in accordance with the principles of necessity, proportionality and restraint. Some are private security guards or civilians, using a registered firearm for protection or in self-defence.

But the huge majority of those who kill with small arms do not fit this description. They may be members of armed groups who are terrorizing people of a country or a whole region with killings and sexual abuse. They could be members of national security forces who are abusing their power. They might be terrorists aiming to destroy lives and sow fear; criminals holding up a grocery store; or gang members killing those who get in the way of a drug deal.

Tragically, many of them are men using an illegally-acquired weapon against the women who are their partners. In some countries, more than 60 percent of killings of women are committed with firearms.

Regulating small arms is a unique challenge. It is not simply a question of addressing government stockpiles. Out of some 900 million small arms in the world, three-quarters are in civilian hands – the majority unlicensed.

Solutions must be integrated and holistic. Short-term, compartmentalized projects will not keep pace with the seriousness and magnitude of the problem.

That is why the United Nations recommends that the Security Council should address the arms situation when considering geographic and thematic issues on its agenda.

That is also why the United Nations has developed a broad set of voluntary small arms control standards.

And that is why the Programme of Action emphasizes the value of national commissions and national action plans, to foster coordinated efforts and strengthen cooperation.

Small arms are often a factor in large-scale human rights abuses and the forced displacement of civilians.

Small arms control is a prerequisite for stability and conflict prevention, which is critical to achieve the mutually reinforcing goals of sustaining peace and sustainable development.

Only through sustainable development will we be able to build just, peaceful and inclusive societies and to achieve lasting peace.

The 2030 Agenda for Sustainable Development is our agreed roadmap for building peaceful, resilient and prosperous societies on a healthy planet. Among the 17 Goals, there is a specific target to reduce arms flows, based on improving the tracing of weapons.

The United Nations is promoting the control of small arms through our support for programmes in line with SDG 16. But to achieve lasting peace and the 2030 Agenda, we must address the root causes of violence and conflict.

The Agenda for Disarmament that I launched last month includes a renewed focus on controlling small arms. And it includes my commitment to establish a dedicated facility within the Peacebuilding Fund, to ensure solid financing for coordinated, integrated, sustained small arms control measures.

I invite all States to contribute.

The Programme of Action is a dynamic, living framework. It must evolve to address current challenges.

This Third Review Conference provides the international community with a chance for concerted progress; a joint step forward. I urge you to be bold and seize the opportunity. Your decisions will make a difference to people all over the world.

I wish you all success in your deliberations.

The statement made by Guterres reiterates the concerns I expressed last month. Americans should be worried about the United Nations' desire to influence America's gun policies.

When the UN says they have to use "grassroots organizations" they're meaning gun control groups, like Everytown for Gun Safety and Moms Demand Action. They're utilizing Americans to fulfill their desire to push gun control. Their reason? It looks better if Americans are demanding we abolish the Second Amendment instead of other countries tying to pressure us.

The United Nations can't say Agenda 2030 — their plan for global peace — is successful if Americans are still armed and if the Second Amendment still exists. They have to completely get rid of armed citizens in America and the way to go about that is using our peers against us.

Our threat is no longer just at home. It's international. It's time for gun owners to wake up to the international threat that sits right before us. They're not being quiet about their goals and the actions they want to take. We need to let them know that they're on our radar and we're not going to back down.