'Catch-22' Review: Series Offers up a Mix of Absurdity and Violence 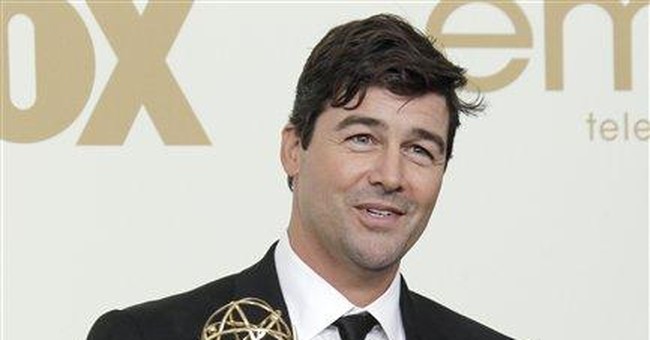 Joseph Heller, who famously wrote the beloved novel Catch-22, was a veteran of World War 2. According to History.com, the author “trained as a bombardier and flew 60 combat missions near the end of World War II.” It’s that experience and the discovery of an absurdist military rule that likely led him to write his most famous work. That rule, notes History.com, is that “a pilot could be grounded if found insane, but if the pilot requested to be grounded because of insanity, the Army considered him perfectly sane for wanting to avoid danger-and wouldn’t ground him.”

That concept is introduced late in the first episode of the new Hulu mini-series Catch-22, a six-part adaptation of the Heller novel. George Clooney, Grant Heslov and Ellen Kuras — three of the program’s producers — each directed two of the episodes.

Chris Abbott stars as Yossarian, a young soldier better known to his friends as Yo-Yo. Based in Italy during World War 2, Yo-Yo serves as a bombardier. During combat flights, his job is to directly position bombs over a specific target and then release them from the plane. Yo-Yo’s glimpses of the war — and the fear that coincides with each dangerous mission — lead him to question his position in the military.

He wants to leave the service and attempts any method to do so.

The show revels in the absurdity of the military bureaucracy. Leaders like Colonel Cathcart (a fully-committed Kyle Chandler) make decisions carelessly, never stopping to think about the consequences of them. In a unit this bumbling and disorganized, the decision to accidentally send a new recruit to one tent on the base rather than another leads to tragic results.

After that mix-up, there’s no time for the characters to reflect or recover from such an outrageous situation. Instead, their work continues with the unit stumbling from one mess into another. Military officers — all too willing to accept the decisions of their higher-ups — are forced to deal with the results. The scenes at the base are often light-hearted and farcical, showing incompetence on full display.

The scenes in the air, though, are far more serious. It’s here where the directors strive to capture a more realistic portrait of war. Yo-Yo’s position in each aircraft puts him in an isolated space, where he can watch both the bombs explode below him and the incoming fire that the pilot needs to avoid. It’s also here where he watches tragedy strike time and again.

The program’s tone is jarring and that’s how it’s supposed to be. There are sight gags and silly antics but there’s also plenty of death and heartbreak. Heller’s novel was undeniably a critique of the military bureaucracy but it was also grounded in the reality that war is a dangerous thing and that everyone who fights in one — and those surrounded by one — are at great risk.

Cinematographer Martin Ruhe does a tremendous job here capturing locations on display here. There’s a wonderful beauty to the visual landscapes and an inherent disconnect between the wondrous locations here and the horrors of war.

Catch-22 does have its uneven moments and some underdeveloped characters along the way but it succeeds in its overall mission. As Yo-Yo is forced to take on more and more missions (his leaders keep moving the goalposts), the characters become more overwhelmed by the insanity that surrounds them — an insanity that never seems to end. The series captures that reality and the deadly consequences of war itself.

All of the episodes of Catch-22 are now available on Hulu.