'We Are Not Walking Away': Prince Harry Addresses His Soft Royal Exit 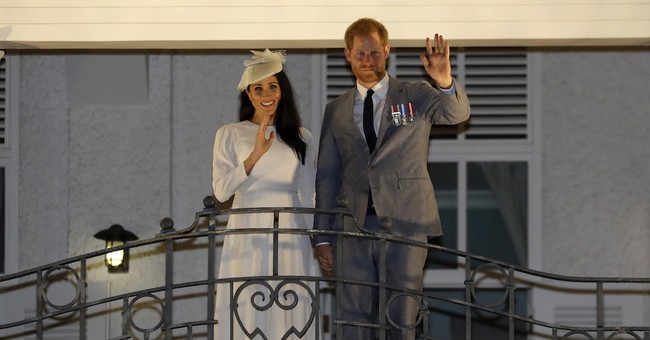 "We are not walking away," Prince Harry said at a dinner for supporters of his charity, Sentebale, in London on Sunday.

"The UK is my home, and a place that I love," he added. "That will never change."

The young British prince and his wife Meghan Markle released a statement a few weeks ago revealing their decision to step away from their duties as senior members of the royal family. It shocked some. The barrage of negative media against the pair has been brutal, but only Harry and Meghan know how brutal. On Sunday, it was Harry's chance to directly address it.

Once he and Meghan got married, the prince explained, they were hopeful about their royal roles. That's why it was "with great sadness" they decided to step back from their royal duties. Now, the pair will be splitting their time between the UK and Canada with their 1-year-old son Archie.

"The decision that I have made for my wife and I to step back is not one I made lightly," Harry explained. "It was so many months of talks after so many years of challenges."

The prince explained that the media's "powerful force" became too much for him and his family to handle and "there really was no other option."

But, he's not walking away from the causes he's championed for years. Sentebale, the charity that Prince Harry founded in 2006, seeks to improve the mental health and wellbeing of young people affected with HIV in Lesotho and Botswana. Harry started the foundation "to honor his mother's legacy," he explained. Brits are not soon to forget the compassion that Princess Diana showed for AIDS patients and her efforts to end the stigma that accompanied the disease. In 1987, she helped open the UK's first unit dedicated to treating people with HIV and AIDS at London Middlesex Hospital, and then she stunned the world by shaking the hand of an AIDS patient (a big deal back then). Harry made it very clear that he'll not turn his back on those in need.

"I will continue to be the same man who holds his country dear and dedicates his life to supporting the causes, charities and military communities that are so important to me," he said.

Reports suggested that the Queen had been blindsided by her grandson's announcement. But none of that was apparent in her official statement on his decision.

"My family and I are entirely supportive of Harry and Meghan’s desire to create a new life as a young family," the Queen said. "Although we would have preferred them to remain full-time working Members of the Royal Family, we respect and understand their wish to live a more independent life as a family while remaining a valued part of my family."

"I will always have the utmost respect for my grandmother, my commander in chief, and I am incredibly grateful to her and the rest of my family, for the support they have shown Meghan and I over the last few months," he said on Sunday.