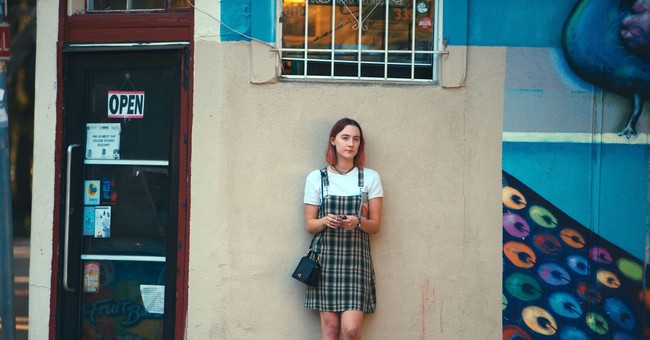 From the opening scene of “Lady Bird,” when the main character jumps out a moving car in the midst of one of many fights with her mother, audiences get the sense that this film is going to be both funny and heartbreaking.

They would be correct.

“Lady Bird” is based loosely off actor/director Greta Gerwig’s own experience growing up in Catholic school. It’s not an autobiography, she is careful to note, but it resembles the rebellion she waged while coming of age. Even her name is a form of rebellion. While her parents named her Christine, she only answers to her nickname.

Lady Bird, played by Saoirse Ronan, is a girl who would give anything to leave Sacramento. That proves to be difficult with little financial means and subpar high school grades. They literally live on “the wrong side on the tracks,” as noted by one of Lady Bird’s love interests.

The family’s meager means can account for much of the tension between Lady Bird and her mother, played by Laurie Metcalf. The two engage in very harsh dialogue at times, especially when the mother painfully tries to rein in Lady Bird’s college dreams. The discouragement leaves her bitter and, as we discovered from the bumpy car ride, dangerously unpredictable.

While the two don’t exactly have that sweet moment of reconciliation audiences long for, toward the end of the film subtle moments tell us that the two truly care for one another.

Don’t think this is just a film about a mother and daughter. In an hour and half of realistic drama, “Lady Bird” struggles through love and friendship. It is crude, yes, but also unmistakably charming.