Are Liberals Just Giving Lip Service to "the Least of These"? 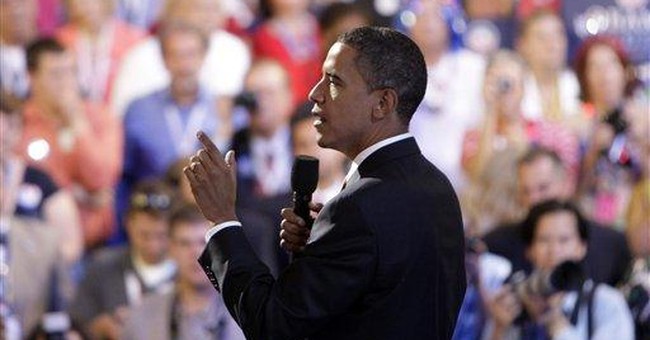 NASHVILLE, Tenn. (Townhall.com)--I have held my tongue for some time while folks like Jim Wallis (Sojourners), Mara Vanderslice (Matthew 25 Network) and Brian McLaren (emerging church movement) -– all religious and political liberals -- have manipulated a compliant secular media and some of the religious press to shill talking points for them.

The message varies in slight ways from story to story but basically asserts “the left” cares more for the poor than does “the right.” A companion assertion stated as fact is that evangelicals are “fractured” and that there is an emerging progressive group of evangelicals “discovering” there are other issues “just as important” as protecting the unborn and defending the biblical definition of marriage. Then a tired liberal political agenda is reframed in the language of faith.

It’s not just political chicanery or religious wrangling, but simply fraud -- a form of wishful thinking that if repeated enough times, de facto becomes the truth.

Let me clarify that liberal-leaning namesakes of famous evangelicals may have “just discovered” the biblical notions of “stewardship of God’s creation” and “providing for the needy and hurting.” However, for true conservatives these have been long time ministry efforts.

For the record, the Southern Baptist Convention has been advocating for careful stewardship of God’s creation for nearly 40 years, passing five resolutions (1970, 1974, 1990, 2006, 2007) urging personal responsibility in reducing pollution but also cautioning against extremism that would suggest God’s creation is fragile or that would lead to worship of the creation instead of the Creator.

Likewise, Southern Baptists have been particularly faithful to clothe the naked, house the homeless and feed the hungry.

-- Both Al Gore and George W. Bush described the Christian Women's Job Corps program, a ministry of the Woman’s Missionary Union, as the best of its type in lifting women out of government dependency and helping them become self-supporting wage-earners. Over 2,000 participants were assisted last year.

-- During the past 15 years, Southern Baptists have rehabilitated over 11,000 homes, mostly in inner-city areas, and unlike Habitat for Humanity there is no charge to the homeowner.

Moreover, over the last 30 years or so, at the national level alone, Southern Baptists have given nearly a quarter billion dollars for hunger relief around the world (nearly $231 million to be more precise). Collected monies are split 80/20 to international and domestic projects and last year just in the U.S. about 3.5 million meals were provided through the SBC’s World Hunger Fund.

In each of these ministry areas there also are collective efforts at the state and local level, and then what congregations and individuals do on their own.

Southern Baptists’ example is representative of what behavioral economist Arthur C. Brooks, director of nonprofit studies for the Maxwell School of Citizenship and Public Affairs at Syracuse University, found about conservatives.

“For too long, liberals have been claiming they are the most virtuous members of American society,” he wrote in his book, Who Really Cares. “Although they usually give less to charity, they have nevertheless lambasted conservatives for their [supposed] callousness in the face of social injustice.”

His research showed a direct relationship between religion and charity he described as “extraordinary.”

“[R]eligious folks...give nearly four times more dollars per year than secularists, on average, and volunteer more than twice as frequently.”

And it is not simply a matter of religious people giving to their churches, but they are more charitable with nonreligious causes as well. “On average, people of faith give more than 50 percent more money each year to non-church social welfare organizations than [liberal] secularists do,” according to Brooks.

Conservatives even donate more blood than do liberals.

Evangelicals aren’t monolithic but also aren’t fractured. They’re a mosaic of ethnicities; rural, suburban and city dwellers; and a host of other characteristics and demographics. Yet they share a common focus on serving Christ, touching others with His love and offering His message of salvation to all who will listen. They not only willingly give a man in need a loaf of bread without strings attached, but also take the time to share Christ as the Living Bread, if that man will listen.

As for what issues are most important to evangelicals, it depends on how you frame the question. Most evangelicals do not want to smell, see, hear, taste or touch pollution or cause others to do so -- and they will tell you so. But survey after survey shows evangelicals also place the rights of the unborn and the protection of the biblical construct of marriage as top priorities in expressing their values. Interestingly, researchers at the University of California at Berkley concluded that youth in fact are more conservative than their parents on the issue of abortion, so the future for conservatives looks bright and not dim as critics have claimed.

The bottom line is the rhetoric from Wallis, Vanderslice and McLaren has become tiresome.

I would prefer to see what someone does to alleviate the plight of the poor rather than hear them exploit "the least of these" as talking points in an election stump speech. On that note, I would rather know what this trio’s candidate actually contributed toward charities from his own pocket than listen to them demagogue about votes or policies he’s supported that use others' money to apply to the problem.

You see, Barack Obama has a rather weak record of charitable giving.

According to tax records, Obama and his wife made charitable contributions of $10,772 total from 2000-2004 on joint earnings of $1.2 million total for the same five years combined. That’s less than one percent to “the least of these” or to support the work of their church.

The Obamas’ gifts to charity jumped for 2005-2006 to $137,622 total, or over 5 percent of $2.6 million total income earned for the two years combined (the rise in income came mainly from Obama’s book sales). But it doesn’t seem to show generosity to charitable causes nor commitment to the ministries of their congregation (a tithe is 10 percent).

On the surface, McCain’s record of charitable giving appears better. In 2007, he gave $105,467 (26 percent) to charity on income of $405,409, and the year before he donated $64,695 (18 percent) of $358,414 total income. However, McCain files separately from his wife, Cindy and she has not released enough tax information to know how much they gave as a couple. She has an estimated worth of $100 million, which includes a beer distributorship she owns (which should be a concern to evangelicals).

To McCain’s credit, records show since 1998 he has donated $1.8 million of book sales to charity and since 1991 he has donated $450,000 in Senate pay increases because he pledged not to accept them.

[Note that for both Obama and McCain, it’s not apparent what amount of their gifts to charity even went to help the needy or to support the work of their respective churches.]

The bottom line is, if you want to know a man's heart, see where he puts his treasure.

Accordingly, if you want to know if a politician really cares for the poor, see if he gives to charity in his personal life.

In the end, I'm convinced that giving less than one percent of your earnings in donations while enjoying the luxuries of life does not show much concern. So for me, before Wallis, Vanderslice and McLaren pitch Obama as the best candidate to champion the cause for “the least of these,” he needs to put his money where his mouth is to prove he really cares.