On Missile Defense, America’s Homeland Must Be Better Protected

Wes Martin
|
Posted: Jun 21, 2020 12:01 AM
Share   Tweet
The opinions expressed by columnists are their own and do not necessarily represent the views of Townhall.com. 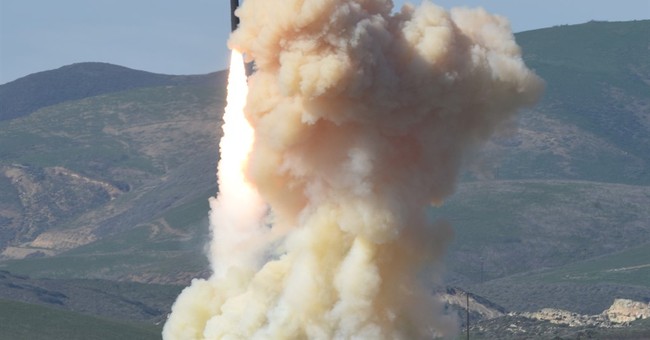 When the Soviet Union fell, professionals in the U.S. defense community warned, “The bear may be dead, but the wolves are still out there.”  In the past three decades those wolves have collectively grown more dangerous and unpredictable than Moscow once was.

The wolves most concerning to America and our allies today are China, North Korea, Iran, and yes, even Russia—despite America’s best efforts at rapprochement from every single presidential administration since. Though sadly, mortal threats to our homeland don’t end there. As we learned from the Cuban Missile Crisis of 1962, world powers can have traditionally weak, yet potentially doomsday accomplices.

Although it’s unlikely that Xi Jinping or Vladimir Putin would launch a nuclear first strike, they might in a prolonged conflict or if facing a regime changing defeat. Worse, North Korea and Iran are far more erratic and unpredictable, thus more dangerous even if not as advanced right now.  And still worse, they are long time traffickers in proliferation of nuclear and missile technology, as well as terrorism, respectively.

In the mid-1990s, A.Q. Khan, the father of Pakistan’s nuclear program began to travel to North Korea for “research”.  By 1998, Pakistan was exploding nuclear devices underground to compete with archrival India.

Meanwhile, Iran has been the world’s top exporter of terrorism since the 1979 Islamic Revolution.

Both countries have openly aided Venezuela in confronting the United States. This month Iran acknowledged a plan for retaliatory attacks against U.S. commercial shipping if Tehran’s recent shipments of petrol to Venezuela were impeded. Last year North Korea called for “socialist solidarity and cooperation” with Nicolas Maduro’s regime in Caracas.

Bottom line, North Korea and Iran might share technology, if not place eventual nuclear missiles outright, with their friends who could hit the U.S. from different trajectories around the globe.

North Korea has developed a formidable nuclear and ballistic missile program, this much we know. It has conducted six underground nuclear tests since 2006 and has also come a long way in its missile capability.  If launched over the Arctic, its Hwasong-14 missiles first tested in 2017 can already strike parts of North America and northern Europe.

Iran has also made great strides in its missile and nuclear programs over the past few decades, thanks to help from North Korea and Russia. It would be nuclear capable today if not for tough U.S.-forced sanctions, Israeli intelligence and a persistent opposition operating outside the country.  Despite those obstacles, short of regime change or endless crushing sanctions, Iran won’t stop until it achieves its nuclear goals. And that could be quite soon.

Yet despite Iran’s growing threat coupled with the uncertainty of proliferation from both Pyongyang and Tehran, America’s missile defense architecture is still primarily focused on threats launched from North Korea. Accordingly, there are 44 Ground Based Interceptors (GBI) positioned in California and Alaska; defense plans are to add another twenty.

While those West Coast-based missiles have our mainland covered against North Korea, we have a critical vulnerability along the East Coast and Gulf Coast.

The Defense Department of course recognizes this vulnerability, and has tried for well over a decade to fix the gap in missile defense. Unfortunately for the country, those efforts have been stymied by cost overruns, technical challenges, cancellations and delays.

And this year, the latest iteration dubbed the “Next Generation Interceptor” (NGI) is in the development stage, yet won’t be ready until at least 2026.  Realistically speaking though, considering complex technology track records, NGI might take a full dozen years to be fully operational.

Thus in the absence of positioning GBIs along our three coasts, and until NGI is combat ready, which could be a decade away, America urgently needs an operational Aegis Ashore facility on the East Coast and/or Gulf Coast like the ones U.S. has wisely operationalized in Romania and Poland in recent years.

The Aegis Ballistic Missile Defense system with its Standard Missile 3 (SM-3) is effective against ballistic missiles and has global mobility when positioned on U.S. Navy ships. Yet as opposed deploying finite resources of Navy Aegis Cruisers and Destroyers and their crews permanently off our coasts and at the ready, a far more effective and efficient solution is the ashore facility concept.

Given the unpredictability of the wolves and their even more unstable yet hostile friends, Americans can’t wait one more day to better protect our homeland.

Correction: This column erroneously listed Ambassador Robert Joseph as the author when it originally published. Townhall regrets this error.