Price Gouging During a Natural Disaster

Walter E. Williams
|
Posted: Oct 24, 2018 12:01 AM
Share   Tweet
The opinions expressed by columnists are their own and do not necessarily represent the views of Townhall.com. 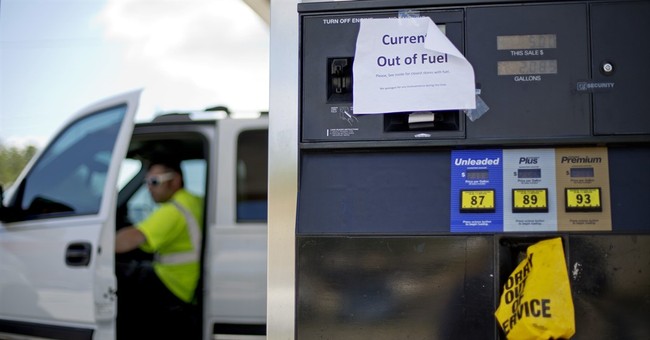 Thirteen states -- Alabama, Arkansas, Florida, Georgia, Indiana, Louisiana, Mississippi, New York, North Carolina, South Carolina, Tennessee, Virginia and West Virginia -- have enacted laws to combat what is seen as price gouging in the wake of natural disasters. Price gouging is legally defined as charging 10 to 25 percent more for something than you charged for it during the month before an emergency. Sellers convicted of price gouging face prison terms and fines.

Price gouging in the wake of natural disasters is often seen as evil exploitation by sellers to rip off desperate customers. Let's hold off on that conclusion until after you give thought to some very important questions. First let's see what we can agree upon.

When a natural disaster occurs or is anticipated, supply conditions change. There is going to be less of what people want and need. Under such conditions, what actions are consistent with the public good? My answer is that people should voluntarily use less of everything and waste nothing. That would include economizing on water, gasoline, food and anything else necessary for survival. How about an example?

Take the case of a hurricane like Florence. Let's assume that evacuation 200 miles or so inland would guarantee safety for North Carolinians. Say the Jones family's car has three-quarters of a tank of gas, more than enough to drive to safety. The Smith family's car has less than a quarter-tank of gas, which is not enough to drive away from danger. We can multiply this scenario by tens of thousands of families in the Joneses' condition and thousands of families in the Smiths' predicament.

Here's my question: Who should forgo purchasing gas in the storm-threatened area? My answer would be all those people who have enough gas to drive to safety -- people such as the Joneses. By not purchasing gas, they'd make more gas available for those who really need the gas in order to drive to safety, such as the Smiths. We might also ask how considerate and caring it would be to their fellow North Carolinians who desperately need gas for people who have enough to evacuate to purchase gas just to top off their tanks.

If people such as the Joneses won't consider the needs of their fellow man voluntarily, the North Carolina attorney general could station government officials at each gasoline station to determine who should be permitted to purchase gas. You say, "Williams, it would be sheer lunacy for scarce state resources to be used that way, especially in the face of a natural disaster!" I think you're right.

Another method would be for the governor, mayors and church and community leaders to admonish North Carolinians to purchase gasoline only if they really need it. That way, plenty of gas would be available for those with nearly empty tanks. You might say, "Come on, Williams. Aren't you being a bit naive thinking that would work?" You're probably right again.

What I think would make gas available to those who really need it are rising prices. Suppose the pre-hurricane price of gas was $2.60 a gallon. As the hurricane approaches, dealers could let the price rise to $4 a gallon. That would give families who have enough gas to evacuate incentive to voluntarily forgo purchasing gasoline. Their voluntary decision would make more gas available for people who desperately need it. By the way, gas available at $4 a gallon seems more preferable than gas stations shut down because they have sold out of gas at $2.60 a gallon.

You might reluctantly agree that allowing prices to rise during a natural disaster helps allocate resources, but that's not the intention of sellers who raise prices. They are in it for windfall profit. I say: So what? It's what their actions accomplish that's important -- namely, getting people to conserve during a natural disaster. Also, higher prices create incentives for suppliers of all kinds of goods -- such as plywood, bottled water, generators and repair services -- to pitch in to help to restore people's lives.