Walter E. Williams
|
Posted: Jun 29, 2016 12:01 AM
Share   Tweet
The opinions expressed by columnists are their own and do not necessarily represent the views of Townhall.com. 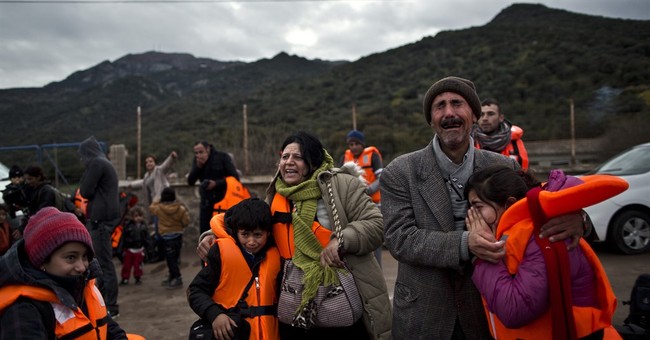 Trending
German Chancellor Angela Merkel declared that multiculturalism has "utterly failed," adding that it was an illusion to think Germans and foreign workers could "live happily side by side." The failure of multiculturalism is also seen in Denmark, Sweden, the United Kingdom, France, Belgium and other European countries. Immigrants coming from Africa and the Middle East refuse to assimilate and instead seek to import the failed cultures they fled.

Leftist diversity advocates and multiculturalists are right to argue that people of all races, religions and cultures should be equal in the eyes of the law. But their argument borders on idiocy when they argue that one set of cultural values cannot be judged superior to another and that to do so is Eurocentrism.

That's unbridled nonsense. Ask a diversity/multiculturalism advocate: Is forcible female genital mutilation, as practiced in nearly 30 sub-Saharan African and Middle Eastern countries, a morally equivalent cultural value? Slavery is practiced in northern Sudan. In most of the Middle East, there are numerous limits placed on women, such as prohibitions on driving, employment and education. Under Islamic law, in some countries, female adulterers face death by stoning, and thieves are punished by having their hand severed. In some African and Middle Eastern countries, homosexuality is a crime, in some cases punishable by death. Are all these cultural values morally equivalent to those of the West?

The vital achievement of the West was the concept of individual rights, which saw its birth with the Magna Carta in 1215. The idea emerged that individuals have certain inalienable rights. Individuals do not exist to serve government; governments exist to protect their rights. But it was not until the 19th century that ideas of liberty received broad recognition. In the West, it was mostly through the works of British philosophers, such as John Locke, David Hume, Adam Smith and John Stuart Mill.

Personal liberty implies toleration of differences among people, whether those differences are racial, sexual, ideological or political. Liberty also implies a willingness to permit others who disagree with you to go their separate ways. This is not the vision of the new immigrants. In some parts of Britain, Christians are threatened with violence for merely handing out Bibles. Trying to convert Muslims to Christianity is seen as a hate crime. Women are accosted by Muslim men for "improper" dress. Many women are sexually assaulted. In many European countries, "no-go zones" -- where civil authorities will not enter -- in which Shariah is practiced have been established. According to the Express, "London, Paris, Stockholm and Berlin are among the major European cities that feature on a bombshell list of 900 lawless zones with large immigrant populations."

Both in Europe and in the U.S., multiculturalism is a leftist elitist vision with its roots in academia. The intellectual elite, courts and government agencies push an agenda that is anything but a defense of individual rights, freedom from conformity and a live-and-let-live philosophy. Instead, multiculturalism/diversity is an agenda for all kinds of conformity -- conformity in ideas, actions and speech. It calls for re-education programs where diversity managers indoctrinate students, faculty members, employees, managers and executives on what's politically correct thinking. Part of that lesson is nonjudgmentalism, where one is taught that one lifestyle is just as worthy as another and all cultures and their values are morally equivalent.

Western values are superior to all others. But one need not be a Westerner to hold Western values. A person can be Chinese, Japanese, Jewish, African or Arab and hold Western values. By the way, it is no accident that Western values of reason and individual rights have produced unprecedented health, life expectancy, wealth and comfort for the ordinary person. There's an indisputable positive relationship between liberty and standards of living. There is also indisputable evidence that we in the West are unwilling to defend ourselves from barbarians. Just look at our response to the recent Orlando massacre, in which we've focused our energies on guns rather than on terrorists.