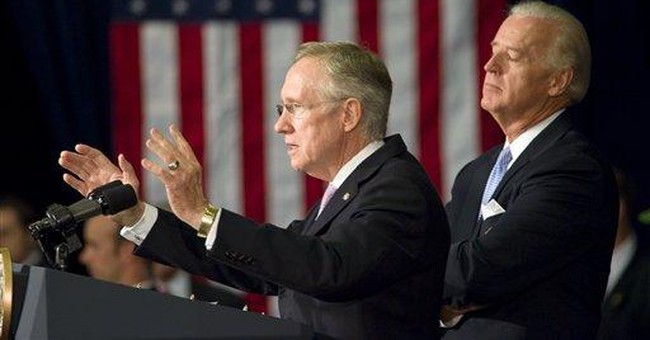 Americans are harder workers, more philanthropic, individualistic, self-reliant, anti-government than people in most other countries. We’ve turned what was an 18th-century Third World nation into the freest and most prosperous nation in mankind’s entire history. Throughout our history, United States has been a magnet for immigrants around the world. What accounts for what some have called American exceptionalism?

We Americans, as human beings, are no different from any other people, including Germans, Russians, Chinese, Africans and other people who have produced tyrannical regimes such as those of Hitler, Stalin, Mao and Idi Amin. As such we are just as capable of committing acts of gross evil that have been a part of mankind throughout his history. We’ve not been a perfect nation but we’ve never approached the level of hideousness seen in other nations. That’s despite the fact that our population consists of people who have for centuries been trying to slaughter one another in their home countries, whether it’s between the French and Germans, English and Irish, Japanese and Chinese, or Palestinians and Jews, Igbos and the Hausa of Nigeria. Thrown into the American mosaic are religions that have been in conflict for centuries such as Catholic and Protestant, and Christian and Muslim. The question is: Why is the United States an exception and will it remain so?

At the heart of the American idea is the deep distrust and suspicion the founders of our nation had for government, distrust and suspicion not shared as much by today’s Americans. Some of the founders’ distrust is seen in our Constitution’s language such as Congress shall not: abridge, infringe, deny, disparage, violate and deny. If the founders did not believe Congress would abuse our God-given rights, they would not have provided those protections. After all, one would not expect to find a Bill of Rights in Heaven; it would be an affront to God. Other founder distrust for government is found in the Constitution’s separation of powers, checks and balances and the several anti-majoritarian provisions such as the Electoral College and the requirement that three-quarters of state legislatures ratify changes in the Constitution.

The three branches of our federal government are no longer bound by the Constitution as the framers envisioned and what is worse is American ignorance and acceptance of such rogue behavior. Look at the current debate over government involvement in health, business bailouts and stimulus packages. The debate centers around questions as whether such involvement is a good idea or a bad idea and whether one program is more costly than another. Those questions are entirely irrelevant to what should be debated, namely: Is such government involvement in our lives permissible under the U.S. Constitution?

That question is not part of the debate. The American people, along with our elected representatives, whether they’re Republicans or Democrats, care less about what is and what is not permissible under our Constitution. They think Congress has the right to do anything upon which they can secure a majority vote, whether they have the constitutional or moral authority to do so or not. What Congress does have is the brute force to enforce compliance with their unconstitutional acts. You say, "What do you mean, Williams?" Article I, Section 8 of the Constitution grants Congress the power to tax and spend for the enumerated activities therein. Every American is duty bound to pay his share. Congress has neither constitution nor moral authority to take the earnings of one American for the benefit of another American. What do you think will happen to you if don’t comply, say with Congress' demand that part of your earnings be taken to bail out a failing business? You’ll see all the brute force that you want to see and if you resist too much, death is not off the table.