Victor Davis Hanson
|
Posted: Aug 18, 2016 12:01 AM
Share   Tweet
The opinions expressed by columnists are their own and do not necessarily represent the views of Townhall.com. 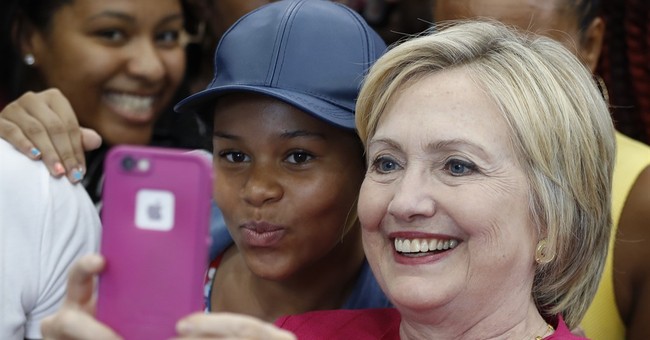 They cited especially his lack of character and moral authority -- and his "little understanding of America's national interests." Particularly bothersome, they wrote, is Trump's inability "to separate truth from falsehood."

The letter stated that Trump's one-year campaign of blustery rhetoric suggests he could be as reckless in deed in the White House as he has been in word on the campaign trail.

Is there a like group of past Democratic wise men and women who can commensurately "police their own" and so warn us about Democratic candidate Hillary Clinton?

Unlike Trump, Clinton already has an actual political record as a former U.S. senator and secretary of state.

If there were such a group, the heart of their letter might read something like the following:

"We the undersigned who have served in prior Democratic administrations will not vote for Hillary Clinton.

"She has endangered U.S. national security by using an unsecured and unlawful personal email server. She has transmitted classified information over it, some of which was most likely accessed by foreign interests.

"FBI Director James Comey, after a lengthy investigation, has stated before Congress that Ms. Clinton was untruthful in her various public explanations about her reckless behavior.

"We are discovering from her unsecured and once-deleted correspondence more evidence of negligence and unethical behavior -- from crossover business between State Department operatives and the Clinton Foundation to quid-pro-quo favors and discussions about a U.S. informant who was later executed by the Iranian government.

"Unfortunately, Ms. Clinton cannot distinguish truth from falsehood in areas that transcend the email scandal. She went on record falsely attesting that the Benghazi tragedy was a result of popular anger against a filmmaker. In previous communications, she had asserted just the opposite -- that it was a terrorist operation.

"After ranking members of the Democratic National Committee were found to have been massaging the primary race for Ms. Clinton, she nonetheless hired for her campaign the recently resigned and disgraced former head of the DNC, Rep. Debbie Wasserman Schultz.

"Clinton's role in the decision to bomb Libya ensured a subsequent failed state and terrorist haven there. Her laxity left the consulate in Benghazi without protection from terrorist violence that led to American deaths.

"Backing the Muslim Brotherhood in Egypt nearly destroyed a traditional ally. The Iranian government has stepped up its support of terrorism, its hostage-taking and its promises to destroy Israel -- after the Iran accord Clinton claims to have helped initiate.

"On her watch, all U.S. troops were precipitously withdrawn from Iraq, destroying what had been a promising calm, and ensuring the rise of ISIS and the implosion of nearby Syria. Allies in the Gulf and Israel have been as ostracized as often as hostile governments in Iran, Turkey and Cuba have been courted.

"Her signature "reset" policy emboldened Vladimir Putin's Russia, helped to restart a Cold War, and led to the end of an independent Crimea and unified Ukraine.

"As secretary of state, Clinton spearheaded the Obama's administration's effort to relegate jihadist violence to a euphemistic category of "violent extremism."

"Hillary and Bill Clinton have become multimillionaires through speaking and consulting, often on the tacit understanding that their past and present public service could benefit unscrupulous corporate and foreign interests willing to pay them exorbitant fees.

"Just as our Republican foreign policy counterparts are rightly worried about what Donald Trump has said, we Democratic foreign policy veterans are equally terrified of what Hillary Clinton has said and done. In our view, further continuance of a long record of proven failure is even more worrisome than reckless rhetoric about future policy."

No such letter will ever be published. Why?

Hillary Clinton is a fixture of the foreign policy establishment and thus is considered exempt from being judged empirically on her serial deceit and her disastrous foreign policy record.

In the world of elite Washington, crude bluster from an uncouth outsider like Trump is deemed more hazardous than the prevarication, dishonesty and incompetence of a familiar insider.