How About Reality-Based Diplomacy? 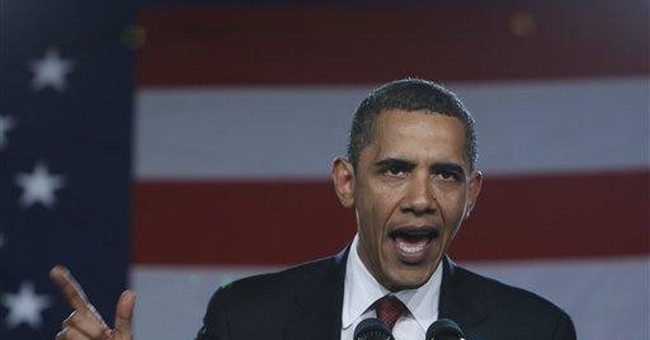 Upon hearing of the death of a Turkish ambassador, the serpentine French diplomat Talleyrand was reputed to have responded, "I wonder what he meant by that." With that level of skepticism in mind, all shrewd diplomats and observers of diplomacy look beneath the surface language and actions of diplomacy to the underlying realities that will shape negotiations, because, as professor Angelo Codevilla explains, effective diplomacy is, at its core, a "verbal representation of a persuasive reality. … Indubitable reality itself convinces -- sometimes even without verbal expression, or through nonverbal expression." As we enter this new round of U.S.-Israeli-Arab negotiations, one needs to keep firmly in mind the political realities that will either undergird or undermine the talks.

In the lead-up to the current round of meetings between Israeli Prime Minister Benjamin Netanyahu and President Barack Obama, the constantly repeated background theme has been that now is the vital moment to actually bring into being an Israeli-Palestinian peace agreement. As I discussed in this space last week, President Obama is being put under extraordinary pressure -- both by Arab leaders and commentators and by his own White House staff -- to be personally responsible for the success or failure of these talks.

And in turn, Prime Minister Netanyahu is coming under even greater pressure to comply with the United States' proposed path to a "peace accord," the foundation of which is a two-state solution, that is to say, two sovereign nations side by side: Israel and a Palestinian state.

The Arab states never have been more united in preparing the diplomatic groundwork for these talks. In advance of this week's Washington talks, the Arab states have let it be known that they will "reward" Israel with "confidence-building measures" -- as Nader Dahabi, Jordan's prime minister, said last weekend at a World Economic Forum in Jordan -- should Israel cooperate in the negotiations. But the premise of Arab cooperation includes adherence to the key provisions of the Saudi-sponsored plan: giving Palestinian refugees the right to return to Israel and having the Israeli borders return to how they were before the 1967 war.

Now comes reality onto the stage to darken the dreams of would-be peacemakers. As shrewd old Talleyrand also once said, "I know where there is more wisdom than is found in Napoleon, Voltaire, or all the ministers present and to come -- in public opinion." So consider this dismal data from the authoritative polling of the 2007 Pew Global Attitudes Project. The report tabulated the response to this key question: "Which statement comes closest to your opinion? 1) A way can be found for the state of Israel to exist so that the rights and needs of the Palestinian people are taken care of OR, 2) the rights and needs of the Palestinian people cannot be taken care of as long as the state of Israel exists?"

Keep in mind, also, that after Egyptian President Anwar Sadat signed a Sinai peace treaty with Israel, in October 1981 he was assassinated during a military parade in Cairo. A fatwa authorizing the assassination had been issued by Omar Abdel-Rahman, a cleric later convicted in the U.S. for his role in the 1993 World Trade Center bombing.

It would take an unusually courageous leader to sign a peace treaty and his own death warrant in one document. And lest there be any doubt as to the acceptability of a peace treaty that doesn't include refugees' being given the right to return (which would turn Israel into a Muslim-majority, rather than Jewish-majority, state), consider the writing this week in the Los Angeles Times of Mustafa Barghouthi, a member of the Palestinian Parliament, a candidate for president in 2005, and currently secretary-general of the Palestinian National Initiative:

"Palestinians in the occupied territories have no standing to sign away the rights of the Palestinian citizens of Israel in order to get Israel to the negotiating table. To tell the truth, we don't believe that Israel can be a true democracy and an exclusivist Jewish state at the same time."

As long as fewer than 2 in 10 Arabs, both Palestinian and all others, believe in Israel's right to exist as a nation with a Jewish majority, there can be no successful peace based on a two-state solution. That is the reality that no diplomacy can change.

Dozens of Democrats Are Worried About Biden Having Singular Authority to Order Use of Nuclear Weapons
Townhall
'*Record scratch*': Scenes from HS band practice in Wenatchee, Wash., pretty much sum up 'the state of public education in America' [pics]
Twitchy
What Happened to Joe Biden's State of the Union Address?
Redstate
Tucker Carlson's 'Disinformation' Monologue Triggers the Left Big Time – Now Watch Them Fall Into His Trap and Respond With Disinformation
PJ Media