How to Survive Thanksgiving-Dinner Politics

Tom Purcell
|
Posted: Nov 21, 2016 12:20 PM
Share   Tweet
The opinions expressed by columnists are their own and do not necessarily represent the views of Townhall.com. 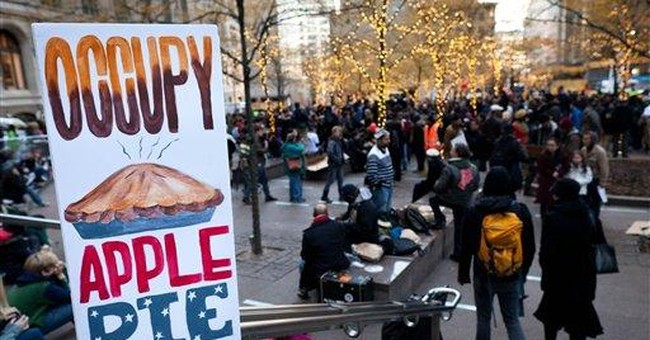 Thanksgiving may get ugly this year.

God only knows what may happen when a progressive liberal Democrat discovers he's sitting next to a cousin or uncle who is a conservative Republican.

But there's no need for mashed potatoes to fly.

In 2009, Harry Stein, an author, columnist and contributing editor to the political magazine City Journal, offered me advice on how people of differing political opinions can navigate Thanksgiving dinner.

Stein, an erstwhile '60s radical who evolved into a conservative, faced a similar dilemma at a dinner party a decade ago. When the guest next to him discovered his conservative/libertarian thinking, the fellow said loudly, "I can't believe I'm sitting next to a Republican!"

"It was," Stein told me, "as if I was wearing not only a white hood, but a Nazi armband."

So accustomed had Stein become to such broadsides - common experiences for conservatives living in progressive bastions - that he wrote a humorous book on the subject: "I Can't Believe I'm Sitting Next to a Republican: A Survival Guide for Conservatives Marooned Among the Angry, Smug, and Terminally Self-Righteous."

Now that Donald Trump has won the presidency - and now that millions may be in for the rowdiest Thanksgiving dinner of their lives - Stein's advice for surviving holiday dinner parties is more essential than ever.

His first suggestion: Make a concerted effort to get beyond "straw man" stereotypes.

"In theory, liberalism is predicated on openness to varied perspectives, but talk to lots of liberals and what you'll hear is that all conservatives are greedy, hard-hearted knuckle draggers," said Stein. "To them, 'conservative' is another way of saying 'warmongering,' 'racist,' 'homophobic,' not to mention 'aching to wipe out every last polar bear for the sake of Big Oil.'"

Who wouldn't loathe a fellow with beliefs like that?

The truth is conservatives, just like liberals, come in all shapes and sizes; many are as nuanced, complex and thoughtful as anybody else.

The truth is progressives and conservatives agree with each other more than they are aware.

"Discovering the common ground can only occur when discussions proceed in a logical and factual manner," said Stein. "If you want to argue a point and demonstrate the truthfulness of your position, be sure to have your facts straight."

"Some progressives believe that conservatives are simply dupes of the insurance industry stampeded by phony propaganda, and, yes, that we are racists," he said. "The fact is, it's a lot easier to name-call than deal with our arguments, starting with the likelihood that not only will a government takeover of health care have devastating effects on the economy, but it will not be good for health care."

Another example: Some progressives believe that conservatives could not care less about the poor.

"What we believe is that conservative polices, such as tax incentives to hire, are a great deal more beneficial to the poor than the polices that came out of the Great Society," said Stein. "Such policies encouraged women to raise children without fathers. Today, in some communities, 70 percent of children are born to single mothers."

Stein used to think it best to avoid such discussions at the Thanksgiving table, but his position has changed over the years.

"We are facing a lot of challenges in our country and we really need to discuss them in a civil and thoughtful manner."

Still, if you're a conservative and fearful of being discovered, Stein said, you may want to plan ahead.

"You might want to sit beside a large liberal behind whom you can duck in case the mashed potatoes fly."