Thomas Sowell
|
Posted: Mar 08, 2016 12:01 AM
Share   Tweet
The opinions expressed by columnists are their own and do not necessarily represent the views of Townhall.com. 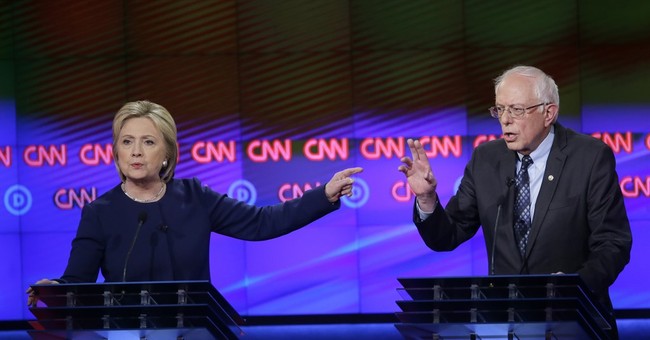 The presidential election prospects for the Democrats are so bad this year that only the Republicans can save them -- as Republicans have saved them before.

Will a Supreme Court without a single Protestant justice rule that an "under-representation" of any group is evidence of discrimination?

His Super Bowl win gave retiring quarterback Peyton Manning his record 200th victory. But it may also have benefitted losing young quarterback Cam Newton, by giving him a very sobering experience after his exhilarating 17 and 1 season. Over the course of his career, Cam Newton may become an even greater quarterback than he would have been without this setback early in his career.

According to the Washington Post, record numbers of college students say that they plan to engage in protests. Our educational system may not teach students much math or science, but students learn from gutless academic administrators that mob rule is the way to get what you want -- and to silence those who disagree with you.

Many Americans were not only saddened but angry that Iran publicized photographs of captured American sailors weeping. But do you think that Reverend Jeremiah Wright was saddened and angry? What about his 20-year disciple in the White House? Let us not forget that President Obama voluntarily humbled himself -- and America -- by bowing to foreign leaders.

People who are willing to consider virtually any conceivable excuse for criminals' acts cut no slack at all for decisions that police have to make in a split second, at the risk of their lives. For some people, it is not enough that cops put themselves at risk to protect the rest of us. They want cops to risk their lives for the sake of handling criminals more gently.

Many people, including Senator Bernie Sanders, repeat incessantly that the economic system is "rigged" by the rich -- without providing either specifics or evidence. The latest figures I have seen show that the 400 richest people in the world have recently lost $19 billion on net balance. If they have rigged the system, they have certainly done a very incompetent job of it.

If you listen carefully to what Senator Marco Rubio says, he is not for instant amnesty. He is for amnesty on the installment plan, though of course he would not call it that. Does anyone who knows anything about politics seriously believe that "legalization" of illegal immigrants will end that issue, without turning into citizenship over time?

At last we have reached the point where we can say, "Next year this time, Obama will not be president." But the disasters he leaves behind will plague us for years to come. And some of those disasters may strike even before he is gone.

Some countries in Europe have sealed their borders against refugees from the Middle East, as the Soviet Union once sealed its borders against people getting in or getting out. But somehow it is said by some to be impossible to seal our border with Mexico.

When the Whigs could not get their act together on the crucial issue of their day -- slavery -- that led some Whigs to leave the party and form the Republican party, with Lincoln as its candidate for president. Today's Republican party has repeatedly failed to get its act together on immigration. That has produced the current divisiveness that may threaten them with the fate of the Whigs.

Historians of the future, when they look back on our times, may be completely baffled when trying to understand how Western civilization welcomed vast numbers of people hostile to the fundamental values of Western civilization, people who had been taught that they have a right to kill those who do not share their beliefs.