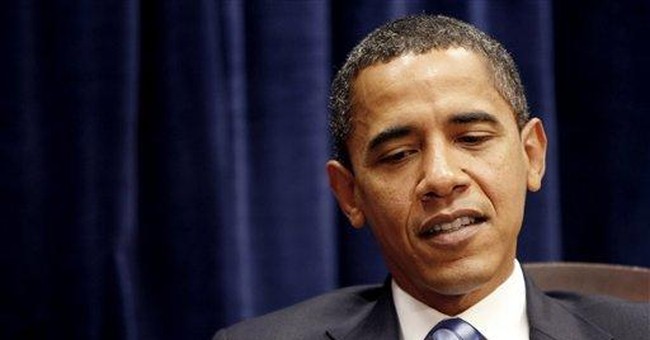 Wouldn't it be wonderful to live in a world where there were no prices?

If you happened to want a Rolex or a Rolls-Royce, you could just go get one-- or two if you wanted-- and not have to worry about ugly little things like price tags.

There is such a world. It is the world of political rhetoric. No wonder so many people are attracted to that world. It would be a great place to live.

After Arthur Goldberg had served on the Supreme Court, he lamented that more of society's problems could not be dealt with as that court dealt with them-- by reaching a decision and then declaring, "It is so ordered."

Politics offers something similar. Theoretically, political decisions are limited by budgets. But for many experienced politicians, that limit is mostly theoretical.

Government budgets, after all, are only projections of what is supposed to happen, not a hard and fast record of what has in fact happened. And seldom will the public or the media do anything so mean-spirited as go back and compare what the budget said would happen with what actually happened.

If you could put it "off budget," wouldn't you buy a second home at the beach or maybe a yacht to go out on the water? Why not live a little-- or a lot?

Politicians have more ways of escaping from prices than Houdini had ways of escaping from locks. When savvy pols want to hand out goodies, but don't want to take responsibility for raising taxes to pay for them, they can tax people who can't vote-- namely the next generation-- by getting the money by selling government bonds that future taxpayers will have to redeem.

Even such deficit spending leaves a record, however-- a national debt that is the ghost of Christmas past. But politicians can even get around that.

The most politically painless way to hand out goodies, without taking responsibility for their costs, is to pass a law saying that somebody else must provide those goodies at their expense, while the politicians take credit for generosity and compassion.

Employers are ideal targets for such mandates, since there are always more employees than employers, and that is what counts on election day. Whether it is health insurance, time off with pay or whatever, these mandates on employers can be washed down with a little rhetoric about business' "social responsibilities."

Where those "social responsibilities" come from is not a problem. It sounds good, and that is good enough for politics.

Some people may go away mad if they are ignored. Costs are not like that. You can ignore them all you want and they still won't go away.

While you are enjoying all the goodies that politicians are sending your way, you may notice that your taxes are going up or that the money you earn or the money you have saved won't buy as much as it used to.

Costs that are passed on to businesses can get passed on again to their customers in higher prices. Money that the government prints to spend itself reduces the value of the money in your wallet or in your bank account.

If you are someone looking for a job-- maybe a young person entering the labor force or a woman coming back into the labor force after spending a few years taking care of a small child--- you may find that there aren't as many jobs available as there used to be before employers had to pay for "social responsibilities," in addition to paying for the value of an employee's work.

Desperate times can call for desperate measures, so maybe you will try to find out from some economist what is going on. You may not get any much better explanation than "There is no free lunch"-- which is one of many reasons why economists are not popular.

But there really is no free lunch, except in the world of political rhetoric, a world that so many want to be in, where they can play Santa Claus without even the cost of buying a costume.