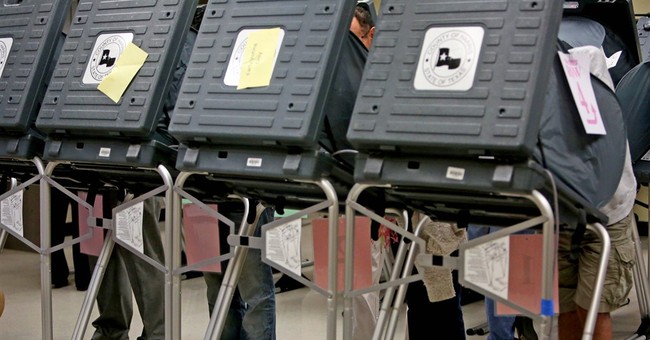 Are you looking for help in deciding how to vote? Try voting for the team that shares your dominant political values. Turn off the drone of 30 second attack ads and think team.

When politicians vote over 90% in support of their own party, policy and principle differences matter to both parties. Sure no politicians or parties are perfect; but there are real differences. Here are five differences worth considering when you vote:

Government Size and Intervention: DEM’s believegovernment intervention is critical in meeting the needs of our complex society. The federal and state governments must remain active in developing programs and funding agencies to meet those expanding critical needs. REP’s believe government should be limited to critical Constitutional roles that people cannot do for themselves. The bigger the government the less freedom and opportunities for citizens.

Dependence or Independence: DEM’s feel true caring is expressed in expanding government programs for people they think are unable to cope with the demands of our society. As a wealthy, industrialized society, our government should transfer resources from the wealthy to provide funds and programs that ensure the health and happiness of the less fortunate. REP’s, on the other hand, believe that true caring is best measured by how many people no longer need government programs and are self-sufficient instead of by how many are served by government aid. They support a safety net that temporarily assists those in need without allowing the net to become a dependency trap for those who are capable of working. They believe private local charities are more efficient in giving people a needed hand up instead of a perpetual government handout.

Tax Policy: DEM’s believe fairness requires those who are most successful and able to pay should pay significantly more taxes than others to help close the wealth gap between the rich and the poor. REP’s believe taxes should be minimized to the lowest appropriate level possible in order to maintain work and entrepreneurial incentives, minimize unnecessary government growth and waste, and stimulate the dynamic growth of our economy and private sector jobs. Where possible, tax rates should be flatter and tax regulations simpler.

Military Support and Homeland Security: DEM’s believe that while having a capable military and a secure homeland are both important, we must put an even stronger emphasis on diplomacy, restraint in military deployment, and U.N. cooperation. REP’s believe that in a world with more rogue countries and terrorist groups capable of attacking our homeland and our citizens abroad, we must continue to walk softly but carry a flexible, strategic, technologically-advanced stick that is positioned to deal with new, targeted engagements wherever necessary.

Roy Disney said, “It's not hard to make decisions when you know what your values are.” Tomorrow, vote for the political party that’s most likely to put your values into action in governing your state and your country.