American Optimism Based on People not Politicians 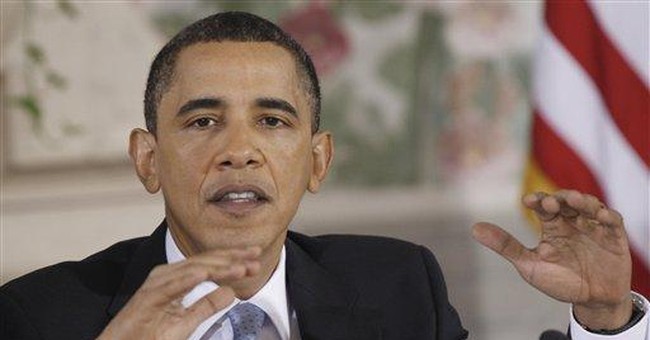 The basic assumption in Washington seems to be that politicians must do something—pass a bill, add a new regulation or create a new entitlement—in order for America to get better. President Obama agonizes, “I spend every waking hour, when I’m talking to my economic team, about how we are going to put people back to work.”

Congress recently passed legislation to fine airlines for leaving people on runways too long, only to find that now airlines prematurely cancel more flights in the face of pending bad weather to avoid possible fines. Cancelations leave more flyers stranded with no plane to fly in. Congress “cares” enough to make matters worse.

Give me a “Do Nothing…Get Out of the Way” Congress! There has never been a major government entitlement that has cut costs or cost anywhere near what politicians said it would cost. The unintended consequences of bigger government are more complexity, more regulations, more rules, more bureaucracy, more taxes, more uncertainty, and less motivation to take responsibility for one’s own life.

Politicians pass a stimulus package to kick start the economy and create jobs, but confess that identifying the jobs created and saved is an “inexact science.” Jobs are obviously a very “lagging indicator.” President Obama may look good telling people the wonderful things he’s doing to fix things, but his results are a clear disaster—the 3 million jobs lost since he took office are hard to hide.

In trying to make capitalism “fairer,” liberals are destroying what makes free-enterprise work. Taking risks and earning rewards drives economic progress and job creation. Government is taking away risk by funding the failure of companies “too big to fail,” taking away the risk of becoming obsolete by paying for extended unemployment benefits. Such “caring” stalls progress. Why run a company well when the government will cover for your mistakes? Why learn a new skill when someone else will pay you for not working?

For government to “create” jobs, it confiscates taxpayer money, siphons off funds to sustain its growing, parasitic bureaucracy, and gives back a few “very expensive” jobs. As Dr. Kenneth McFarland used to say, “Government aid is much like giving yourself a blood transfusion by taking blood from your right arm and putting it back in your left while watching half of your blood leak out in between.”

Such excessive spending has side effects—a jobless recovery, exploding deficits, and anticipated devaluation and inflation. Why? The taxes paid and the debt created takes needed money out of the private sector. The resulting uncertainty in the cost of doing business keeps businesses on the sidelines, afraid to hire or expand. The only thing that is growing is our government.

President Obama’s preoccupation with Washington “fixing” the economy and healthcare is standing in the way of unleashing America’s collective ingenuity and entrepreneurship. America’s strength is its people. The last, best hope of this nation is its people, not our politicians and president. You want a real stimulus? Cut the capital gains taxes, get rid of the death tax, and cut payroll taxes. Give people more control over their own earned money and let small businesses do what they do best—react to their markets and create what customers want…not what government mandates!

There is some hope that more and more Americans are beginning to understand where true hope and change come from. According to USA Today’s optimism survey, what makes Americans optimistic about our country’s long-term future is our belief in the strength and will of our people. That belief outweighs our confidence in President Obama, 35% to 5%. Our belief in the American Dream anchors our culture in true hope and change.

Both Ronald Reagan and Barack Obama came to the Presidency in a time of economic distress on the wings of a message of optimism. One man chose to believe in the American people, limited spending, cut taxes and unleashed the power and potential of American capitalism that helped usher in over twenty years of prosperity and pride. The other came to power promising hope and change, but his optimism was based on a belief in government’s ability to meet the needs of citizens with stimulus packages, bailouts, jobs bills, and cash for clunkers. The result—we face the biggest deficit and debt in history, sustained unemployment and the promise of stagflation looming on the horizon.

Ronald Reagan had no stimulus packages. He gave us his secret in 1992: “I appealed to your best hopes, not your worst fears, to your confidence, rather than your doubts.” President Obama doesn’t understand that America’s strength comes not from politicians but from workers, leaders and private sector entrepreneurs who keep the dream alive. We don’t need another jobs bill or entitlement program; we need a president who still believes in Americans.