How Many Decades Will It Take to Fix FDA? 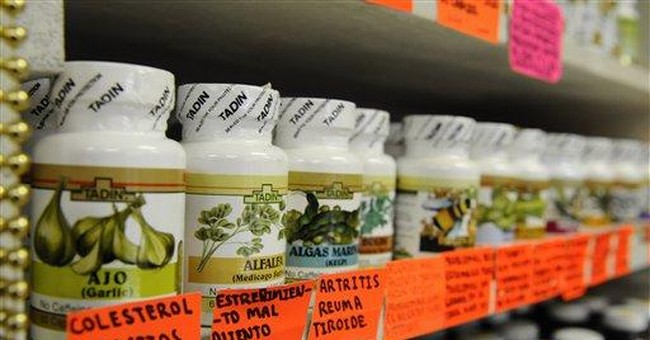 The unfolding tragedy in which four Americans have died in the last two months and about 350 others have suffered adverse reactions after being injected with Chinese-made heparin -- a blood-thinning drug -- has its roots in a spectacular example of bad government that some federal watchdogs started barking at a decade ago.

Elected officials in Washington, D.C., simply did not respond adequately to the warnings.

In 1998, after investigating the Food and Drug Administration's procedures for inspecting foreign factories producing drugs for import into the United States, the Government Accountability Office told Congress the system put Americans at risk.

GAO had discovered two internal FDA documents -- a 1988 "internal review" and a 1993 "internal discussion paper" -- that indicated the agency knew it had problems monitoring the safety of foreign-made drugs.

"The evaluations concluded that unless corrected, problems in FDA's foreign inspection program could lead to the importation of adulterated and low-quality drugs that could pose serious health risks to Americans," Bernice Steinhardt, then the GAO's director of public health issues, told the House Subcommittee on Oversight and Investigations.

One remarkable GAO discovery: The FDA did not possess a complete and reliable list of the foreign manufacturers producing drugs that would end up in the bloodstreams of Americans.

Had it known who all these foreign manufacturers were, however, the FDA still would not have done a good job inspecting them.

The foreign inspections that FDA did do, GAO discovered, were primarily limited to facilities applying to ship new drugs into the United States. After that, foreign manufacturers rarely saw the sort of routine follow-up inspections U.S.-based manufacturers are subject to every two years.

Nor was the Reagan doctrine of "trust but verify" applied to foreign drug makers in places such as the People's Republic of China. Managers of a U.S. facility where a problem was discovered had to fix it and face re-inspection; managers of a foreign facility simply had to give their word they would fix it.

FDA's performance had not improved.

It still did not have a complete and reliable list of foreign factories making drugs that end up in American bloodstreams. "FDA does not know how many foreign establishments are subject to inspection," Crosse told the committee.

One FDA list said about 3,000; another, 6,800. A third list of foreign facilities that FDA "prioritized" for inspections cited 3,249. Of these, says GAO, FDA inspects about 7 percent a year, meaning it would take 13 years to inspect them all.

Double standards persist. Here, FDA inspections are unannounced. In China, FDA inspectors warn the drug maker in advance and must get a visa.

Most remarkably, the FDA does not bring its own translators on foreign inspection tours or hire independent translators to accompany its inspectors to foreign drug-making facilities. Instead, it relies on English-speaking officials at the factories being inspected to tell them what is going on.

The heparin that is suspected in the four deaths over the last two months was sold by Illinois-based Baxter Healthcare Corp., which secured the active ingredient in the drug from a company in China called Changzhou SPL. Changzhou was never inspected by the FDA, the Chicago Tribune reported this week, because "regulators confused the factory's name with another that already had U.S. approval."

"This is exactly the risk we were pointing to," Crosse told me.

Will another decade pass before politicians fix the FDA?