Unlocking the Wealth of Indian Nations 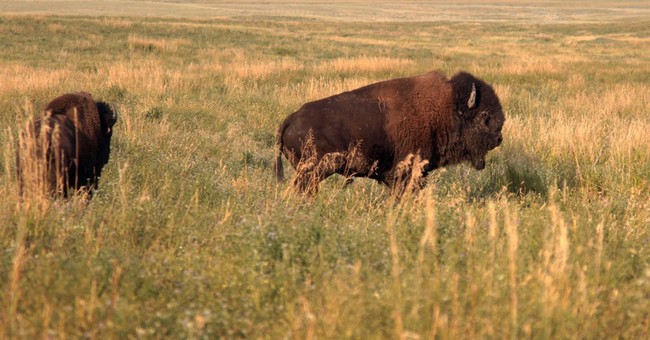 Editor's Note: This column was co-authored by Shawn Regan.

What drives economic growth? It’s arguably the most important question in all of economics. Once you start thinking about it, said Nobel laureate Robert Lucas, it’s hard to think about anything else.

Although a precise growth recipe remains elusive, one ingredient is widely recognized as essential for prosperity: a system of secure property rights. The importance of such rights can be found in America’s own backyard.

Crossing into most Native American reservations reveals islands of poverty in a sea of prosperity. Per capita incomes on Indian lands are nearly a third of those for allU.S.citizens. Unemployment rates are no better, reaching almost four times higher than the national average.

The difference is due to a lack of property rights on reservations. Unlike other American citizens, Native Americans on reservations cannot even own land. The title to most reservation land is held in trust by the federal government. This means Native Americans cannot manage their own resources or use their land as collateral for loans. The result is what Peruvian economist Hernado de Soto calls “dead capital.”

The amount of dead capital on reservations is enormous. Reservations contain almost 30% of the coal reserves west of the Mississippi, 50% of potential uranium reserves, and 20% of known oil and gas reserves. The Council of Energy Resource Tribes recently estimated the total value of these resources at nearly $1.5 trillion.

Yet the vast majority of Indian lands with energy potential remain undeveloped. Federal control of reservations limits opportunities for economic growth by raising the cost of developing energy resources on Indian lands. Investors must go through dozens of additional steps and several different federal agencies to do business on reservations.

Without property rights, Native Americans are unable to control their own energy resources. The Bureau of Indian Affairs approves and oversees all energy development on Indian lands, adding layers of bureaucratic red tape to tribal resource development. When resources are eventually developed on reservations, the returns to the tribe are usually low. On the Crow reservation in Montana, for instance, the annual return on its massive coal reserves amounts to a mere 0.01%.

Tribes cannot capitalize on their energy resources because they have been hobbled by burdensome regulations and a heavy-handed bureaucracy. Federal control of Indian lands began in the 1800s when Supreme Court Justice John Marshall characterized the relationship between tribes and theUnited Statesas “that of a ward to his guardian.” To this day, the Bureau of Indian Affairs acts as the trustee of all tribal lands. This guardianship, however, has locked Indians in a poverty trap.

The result is that Native Americans have largely been excluded from the American economy. Even in areas booming with energy development, reservations are lagging behind. Roughly twice as many oil and gas wells are drilled outside of the Fort Berthold reservation in North Dakota than inside the reservation, despite having the same development potential.

“It’s our right. We say yes or no,” Ron Crossguns of the Blackfeet Oil and Gas Department recently told a documentary filmmaker. “I don’t think the outside world should come out here and dictate to us what we should do with our properties.”

As long as tribes are denied the right to control their own land, they will remain wards of the state, locked in a path of poverty and dependence. If Native Americans were given the dignity they deserve, they would be freed from federal guardianship and given independence. Then they could decide whether and how to unlock the tremendous wealth of their lands.