The Controlled Demolition Of America

Scott Morefield
|
Posted: Jun 20, 2022 12:01 AM
Share   Tweet
The opinions expressed by columnists are their own and do not necessarily represent the views of Townhall.com. 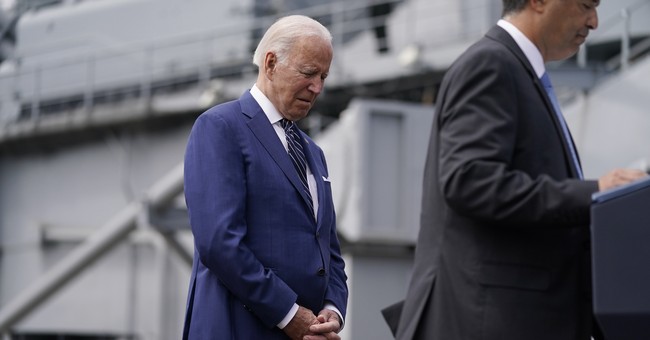 Historically, opposing political parties have fought hard against each other during elections before coming together in the end to unite the country around the winner. While differences on policy positions have always existed, the belief that one or the other party has evil intentions was largely unheard of. It was assumed that everyone loved their country - the Republic that was founded in 1776 - and truly wanted what is best for it and all its people, regardless of political differences. Sadly, those days are long gone.

Newton's third law states: “For every action, there is an equal and opposite reaction.” From crime to inflation to uncontrolled immigration to everything in between, the United States is falling apart. Nothing is going right. So much so that it’s hard not to imagine it isn’t purposeful, especially considering that key policy changes could at least begin to get things on the right track. But instead of embracing clear, simple solutions or simply reversing the current disastrous course, our overlords keep stubbornly clinging to the policies that are obviously leading to financial and societal ruin.

What is going on today in America is unprecedented in the more than two centuries of our history, a controlled demolition managed by hostile forces who clearly intend to replace our once-great country with a socialist/communist hellscape of their own making. Like it or not, it’s the only logical conclusion. They know, however, that in order to initiate the Great Reset they so desire and force the majority of people to at least tolerate it, they have to destroy the current order and bring the population to its knees begging for relief. And while they would never admit what they are doing, at least right now, their actions speak louder than any words they say possibly could.

From random people getting cold-cocked in the streets in broad daylight to gangs of masked thugs taking unlimited 5-finger discounts en masse at retail outlets, crime in American cities is unlike anything we’ve seen in decades. And yet, liberal district attorneys across the country still reward lawlessness with leniency, refusing to punish and prevent the very activity that will ultimately lead to those cities becoming empty shells of their former glory. It’s almost like they WANT this to happen.

You don’t have to walk far in any of America’s major cities to see that homelessness has become a huge issue. Sadly, the problem goes far beyond the stench and the visual blight of once-beautiful streets trashed with tents, grocery carts, and trash to robberies and violent crimes committed by mentally ill people who should never be free to roam those streets in the first place. And while it’s definitely a problem in most major cities, it’s exponentially worse in places run by left-wing Democrats like San Francisco, Los Angeles, and even Austin, Texas. Purposeful leftist policies exacerbate the problem instead of even coming close to solving it. Which has obviously been the plan all along. (Also, I plan on solving it in a column very soon, so stay tuned and you’re welcome!)

Both parties claim to care about lower and middle class people, yet they consistently follow policies - like decades of uncontrolled spending - that intensify the cruelest tax possible that ONLY hurts those people - inflation. Yes, Democrats are worse than Republicans in this area, but not by a lot. Anyone with half a brain could have predicted what would happen when all these Covid bills were passed, yet they unapologetically did it anyway, time after time. That’s the very definition of intentional.

Democrats bear nearly all the blame here, and it’s not even close. What did Biden & co. think would happen when they closed the Keystone XL pipeline, restricted drilling, and put a ridiculous embargo on Russian oil? These people may be evil, but they’re not stupid. They knew exactly what would happen, and they’re more than pleased with their ‘work.’

No, supply chain disruptions aren’t entirely the fault of any political party, even Democrats. However, they were foreseen and could have been addressed and alleviated by even a small portion of the bloated infrastructure bill they passed in 2021. Instead, everything became infrastructure except for, you know, actual infrastructure.

There’s no doubt that uncontrolled immigration is a means to an end, regardless of how much they call us nasty names for discussing it. Democrats set policies in place to encourage it because they think they’ll reap electoral rewards later. And establishment Republicans, even the ones who don’t overtly agree, still refuse to fight back in any meaningful way because their big business donors love cheap labor. Either way, it’s working Americans of all races who get the shaft.

Have you been to an airport lately? If you’re one of the lucky ones, you didn’t spend hours or even days longer there than you originally planned. Sure, useless mask mandates are gone for passengers, making flying just a bit more tolerable, but vaccine mandates and mask mandates for unvaccinated workers - especially air traffic controllers - have wreaked havoc on air travel, causing massive delays and cancellations and making things more dangerous than they have to be. If you don’t think it’s being done on purpose, just watch this Tucker Carlson segment.

Given recent death counts and the fact that most Americans are more than ready to get back to normal life, there’s only so much of this they can continue to stoke. But they’re trying, using the same playbook they’ve used the past two-plus years. I’ve written on this extensively over the past two years so I won’t belabor it here. Suffice it to say that it’s a means to an end for them, a way to establish and maintain control that can be used for their purposes going forward. That’s why we have to continue the fight, even during times when the insanity seems to be on the wane.

What is the meaning of all this? What does the kind of society these ghouls want to create look like? For a quick answer, take a look at what’s happened to so many January 6th protestors for simply walking into the Capitol building versus what’s happened to rioters who burned and looted buildings and took over the streets of major cities for months in 2020. Then, look up the definition of anarcho-tyranny. This is their plan, and has been all along. Violent criminals run wild while ordinary Americans get preyed upon by their government and its badged and badgeless minions.

So far, it’s all going according to plan. It’s up to us to stop it.