Party, Personality, a Big Name and a Primary in Western Michigan

Salena Zito
|
Posted: Jul 16, 2019 12:01 AM
Share   Tweet
The opinions expressed by columnists are their own and do not necessarily represent the views of Townhall.com. 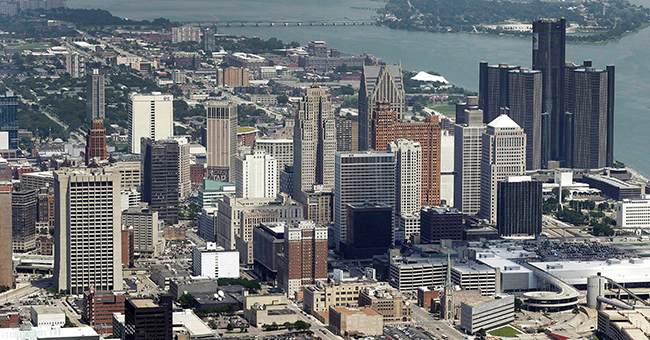 GRAND RAPIDS, Michigan -- Peter Meijer's decision to run for Congress in Western Michigan was a surprise to no one who knows the 31-year-old Grand Rapids native.

He is the great-grandson of Hendrik Meijer, who opened a tiny thrift store attached to his barbershop during the Great Depression, which has since grown into a chain of groceries, department stores and gas stations across the Midwest. But Peter has always had his own idea of where his life is headed.

Instead of choosing a safe path within the family business, Meijer (rhymes with "dryer") pursued and earned an appointment to West Point, only to leave after his first year and enlist in the Army Reserves.

"I like to say that going there was the best decision I ever made and leaving was the hardest," he said of his resolution. "I loved the Army. I loved the military. But I really wanted to have the experience of being enlisted. But feeling like everything that I have I'm truly earning it ... that nothing is given to me because of my rank or because of any other factors but that at every step of the way, I could look back and know that what I am is because of what I've done and only that."

Meijer said he was in Iraq in 2010 and 2011 with his Army Reserve unit and then went to Afghanistan with an NGO two years later.

Since then, Meijer has been involved in a series of veteran advocacy groups including Team Rubicon and has jumped on an advisory board of a political action committee called With Honor that focuses on electing veterans.

Meijer knows well the incumbent, Justin Amash, and has supported him in the past. Amash's behavior convinced him to run. Specifically, Meijer says he felt compelled to run once Amash turned his focus to complaining about Donald Trump and took his focus off serving the district.

"One of the things that people in West Michigan really prize is just the sense of working together," he said. "This is not a fussy, dramatic part of the world. The community leaders spend a lot of time really supporting the community."

Grandstanding about feelings doesn't fit in.

He said: "I feel obligated to continue to find a way to contribute to my country. I'm not so arrogant as to think that running for Congress is a valiant exercise in self-sacrifice, but I feel like I've had some very formative and strong experiences, and that having more of those experiences in Congress is going to help."

Meijer is one of five candidates running for the GOP nomination that is now open after Amash announced he would run as an independent. Three Democrats have also declared including Nick Colvin, a former Obama staffer.

Amash, who has also teased the idea of a run against Trump for president, faces a series of challenges in his own state. For years, Michigan has had straight-ticket voting: Press one button and you vote for every Republican or every Democrat or every Libertarian or whatever you want.

In short, the voters themselves chose to empower a two-party system. That makes winning as an independent very hard.

Meijer said bluntly: "I haven't lost faith in the Republican Party. I think we can be the party of the future. We can represent and offer better solutions to the problems facing the United States that are founded on conservative principles of limited government, economic freedom and individual liberty."

He added: "I think in the political process today we spend way too much time on the right dismissing problems or mocking Democrats when they offer a solution instead of offering solutions of our own. And that's something that I really think we need to do if we're going to especially appeal to younger generations."