The Ins & Outs Of A Brokered Convention 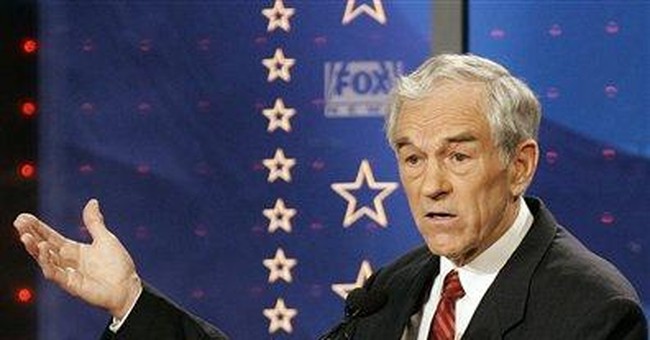 If “change” is the word overused by every presidential candidate, “brokered convention” is the overused political concept of the moment.

The political chattering class -- those who participate and those who observe -- is speculating on the possibility of knock-down, dragged-out convention floor fights in one or both parties.

Why this sudden love affair with the prospect of a brokered convention?

Probably because it continues the drama of this never-ending presidential cycle in which the country is knee-deep.

A brokered convention happens when no front-runner emerges from the primaries. If no candidate holds the magic number of delegates (for Democrats, a majority plus one, or 2,205 delegates; for Republicans, 1,191), then you’ll see a whole lot of horse-trading.

“It is difficult to imagine, but not impossible” says Mark Siegel, a longtime Democrat consultant and former executive director of the Democratic National Committee.

“Let’s say Clinton has 44 percent of the delegates and Obama has 39 going into the convention,” he explains. “Well, we will have this mass of superdelegates” – elected officials – “that are uncommitted up for grabs.”

But Siegel predicts any horse-trading over those and other delegates will happen well in advance of either party’s convention.

In other words, no smoke-filled rooms, no big-city political bosses holding onto delegate votes. Those days are long gone.

Pennsylvania Gov. Ed Rendell, the DNC’s chairman during the 2000 Florida recount, also questions the likelihood of a brokered convention. For one to occur, he says, a party would need more than two candidates still in contention heading into the convention, which he describes as “technically possible” but a “remote” possibility.

It could happen on the Democrats’ side, Rendell says, if John Edwards remains sincere about taking his candidacy to the convention and if Hillary Clinton and Barack Obama have split the primary delegates. “Then you could go to the convention with Edwards being the balance of power.

“But remember the superdelegates,” he adds. “Those elected officials are not committed, per se, so they could fall into place before the convention for either Clinton or Obama, and that would win the day.”

A bigger chance exists for Republicans to take their primary fight into their convention if the race continues as it has, with a different winner each week.

“You could have a real possibility of four contenders going to Minneapolis," Rendell predicts. “It is probably the most significant opportunity for a brokered convention.”

“Which means the GOP nominee could actually be decided only after delegates cast multiple ballots at the national nominating convention,” says Blackwell, a former national delegate for Barry Goldwater. “And those ballots can go into perpetuity, until a winner is decided.” Michael Barone, a senior writer at U.S. News & World Report and author of “The Almanac of American Politics,” says talk of brokered conventions is "ludicrous."