Ryan Bomberger
|
Posted: Aug 26, 2016 12:01 AM
Share   Tweet
The opinions expressed by columnists are their own and do not necessarily represent the views of Townhall.com. 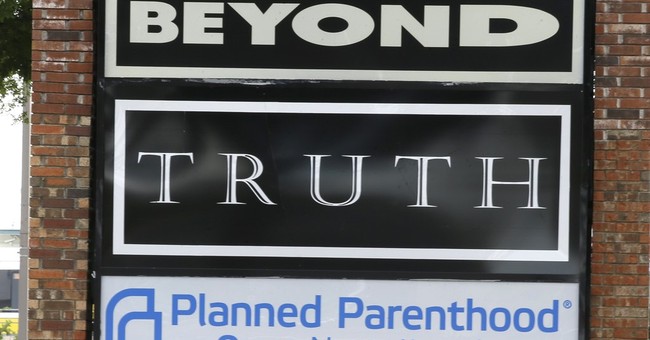 Pro-abortion activists, hiding behind the (often undeserved) cloak of credibility provided by a peer-reviewed journal, made a concerted effort this week to mess with Texas. A recent study on increasing maternal mortality rates (MMR) in America made some blatantly dishonest claims about maternal deaths in the Lone Star state, concluding: “Adjusted maternal mortality rates for Texas show only a modest increase from 2000 to 2010, from a rate of 17.7 in 2000 to 18.6 in 2010. However, after 2010, the reported maternal mortality rate for Texas doubled within a 2-year period to levels not seen in other U.S. states.”

Apparently, the researchers did some adjusting of their own. According to the Texas Department of State Health Services (DSHS), maternal mortality rates have been alarmingly increasing for years. That “modest increase” lead researcher Marian MacDorman imagines, was a huge increase. In 2000, the MMR was 10.5 maternal deaths per 100,000 live births (equating to 30 tragic deaths). By 2009, this rate had nearly tripled to 28.9 maternal deaths per 100,000 live births (resulting in 116 deaths). That’s a “modest increase”? In 2010, the MMR actually decreased to 24.6.

Here’s the clincher, though. Texas’ MMR dropped in 2014 in rate and total maternal deaths. Neither the “peer-reviewed” study nor any of the leftists in the news media mention this.

But they were quick to blame the sudden 2011-2012 maternal death increases on a Planned Parenthood defunding bill that couldn’t even go into effect until January 2013 because of lengthy litigation. CNN claimed: “Maternal Deaths Fall Across Globe but Rise in US, Doubling in Texas.” Two things. Texas’ family planning budget overhaul (due to huge state budget deficits) began in September 2011, according to the Texas Department of State Health Services, following years of increased MMR. Global maternal mortality reporting is inaccurate and misleading; even the World Health Organization admits that “the identification and classification of causes of death during pregnancy, childbirth and the puerperium remain inconsistent across countries.”

They’re not comparing apples to apples. For instance, the MMR study compared the allegedly declining maternal mortality rates in California to Texas’ rates. (I find this almost comical considering California doesn’t require reporting of its alarming 200,000 plus abortions each year. Yet, we’re supposed to trust these abortionists to report causes of death accurately?) California’s MMR includes only those maternal deaths within 42 days of delivery or destruction of the baby. Texas includes maternal deaths up to one year postpartum in its MMR statistics.

Just as with abortion, black women experience hugely disproportionate maternal mortality rates in comparison to their percentage in the population. What the MacDorman study, or any pro-Planned Parenthood mainstream media outlets, won’t tell you is that the MMR of black women skyrocketed long before Texas defunded a corrupt abortion chain. In 2001, the maternal mortality rate of black women in Texas was 27.1; it more than doubled to 65.4 by 2006. Fluctuations in MMR continued but the MMR rose exponentially to 90.5 in 2011, all while Planned Parenthood was operating its network of abortion centers and abortion referral shops across the state. So from 2001 to 2011, the rate more than tripled! The MMR increased slightly to 92.8 in 2012 and decreased in 2013 to 88.4. Every life lost matters. I won’t trivialize these deaths. It’s despicable how pro-abortion activists have ignored all of these facts and exploited these tragedies just to create an easily disproven false narrative.

Not one of the 30 articles I read from mainstream media about Texas’ maternal mortality rates ever discussed the comprehensive Healthy Texas Women program. Originally launched as the Texas Women’s Health Program in January 2013, this initiative was borne out of the reallocation of monies from billion-dollar Planned Parenthood to federally qualified health centers and other real medical facilities statewide. The previous Medicaid program funded 300 facilities. The new HTW program funds 3,000. The Houston Chronicle’s unsurprisingly biased article includes a quote from Democrat Armondo Walle who laments that “something needs to be done to increase access to pregnant women” and that Texas is “letting federal dollars go to other states while these women are dying”. You’d think that one of Texas’ largest news organizations might mention the abortion-free HTW program which provides the full range of reproductive and general healthcare for low-income women and their families. So-called ‘progressives’ would rather perpetuate the whole lack of access myth instead of informing the public about expanded access.

The only thing that has truly doubled is the effort by a propagandistic movement, and the media that enables it, to play the victim. The abortion centers that were closed down were failing women for years. Planned Parenthood’s billion-dollar presence across Texas and the rest of the nation hasn’t reduced maternal mortality. In New York City, where the abortion chain was (tragically) birthed, maternal mortality exponentially plummeted (see this factsheet) because of advancements of medical science and better healthcare long before contraception and abortion were legalized.

Better healthcare. That’s what women—what we all—want. No matter what academic elites write in their politically-driven journals, Texas continues to lead in valuing every human being and finding life-affirming solutions to solvable problems.