Credit Crisis: There Is an Answer! 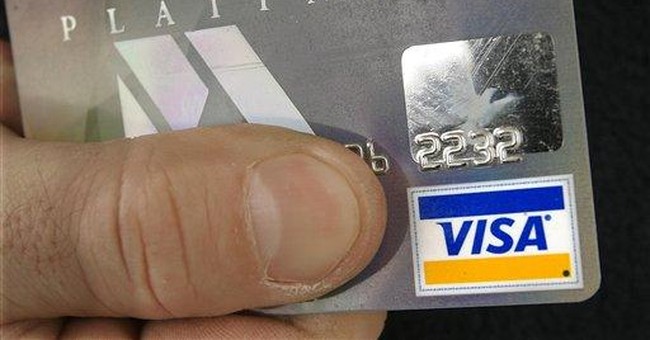 I do not and will not blame the govenment for the credit crisis and mortgage mess, per se.

What I do find fault with is the public airing of the naivety those in charge who either should know better or should get better information before making their statements to the press. Throwing money at the mess will not solve it either, so maybe we should stop trying. Understanding the problem and moving to help all those involved solve it should be the main thrust of our Government.

Before I give my two cents worth I must tell you that the mortgage mess is only partially the mortgage industry's problem and a great deal of the brokerage firms on Wall Streets problem. I cannot even come close to the problems they have created which helped attribute to the credit crunch and the mortgage mess. My concern is real estate and real estate financing.

One more caveat before I lay out my thoughts on the matter: blaming appraisers and brokers adds nothing to the solution and conveniently overlooks the lenders who could have stopped

the problem in it's tracks. Everything that is blamed upon the aforementioned groups fell within the pervue of the lenders ability to stop or at least review. The fact that they abdicated their position doesn't relieve them of their responsibility. As an example I heard one U.S. Senator complain that in selling the option arm the higher the margin, the longer the prepayment penalty, the greater the profit to the broker. Who set that formula up, the broker or the lender? Who could have stopped that on a moments notice, the broker or the lender? The answer to the first question is clearly the lender and second question as well.

Good brokers never subjected their clients to that loan or any of the detrimental consequences and so I agree that the brokers who did are equally at fault. The lender still could have stopped it, however, but greed apparently took over.

The main problem we face today is fear. The normal workings of the mortgage market have been haulted because the lenders cannot sell their bundled mortgages on Wall Street as the investors are not inclined to purchase them. One reason is their lack of faith in the quality of the mortgages and the other is they do not want to show their shareholders that they are buying these pools of loans. Here is where Ben Bernanke's (Federal Reserve Chairman) thoughts of giving the borrower 1/2 the equity so they have "skin in the game" and hoping this would replace foreclosures is a somewhat silly statement to make when investors are worrying about their capital. More on that later.

The signs on Wall Street today are as follows: we have money for product, but not for mortgages. If we can't change that thought then the Country will be in dire straights in no time at all. The fear again is the value of the new collateral and the fear of foreclosure and loss of the already outstanding collaterol. We cannot expect the thoughts to change on the new loans until we solve the foreclosure and delinquency problem on the existing inventory.

You aren't going to buy new beef until you figure out what is wrong with the existing beef.

The problem is much more complex than I am presenting but nevertheless I want to get my thoughts out on it. I certainly understand what the majority of borrowers, who are now and have always paid their loans on time are feeling. Why should we give anything to those who are messing up? And if we do maybe they should stop paying their mortgage as well.

I will invoke the "law of the greater good" in this case and press on with my case even though I tend to agree with the majority of the borrowers.

Raising the limits on conforming loans is well over due but almost too little too late.

Congress has gotten involved and made the formula on who gets the higher limits way to complicated and very cumbersome for Fannie and Freddie to deal with. This means a delay in implementation at a time where speed is of the essence. Raising FHA is good but extremely costly to the borrower, which may or may not help the situation. With interest rates on the rise and the additional costs of FHA I am not sure how much help it will be.

Of course the answer we need is interest rates coming down, not going up, so back to the problem and hopefully the solution.

Stopping the foreclosures would be easy in theory but a bit more difficult in practice. Each lender needs to meet each borrower who is in default. The lender needs to ascertain the entire cost of the mortgage, property taxes and insurance for each borrower on a monthly basis and change their payment through a moratorium on principal and (some) interest to reach a point that is within the borrowers ability to pay. Lenders could also attempt to renegotiate insurance, or replace, and seek a moratorium on property tax to as great a degree as possible. This also would save them money. The lender needs to ascertain the time needed for the borrower to get back on his or her feet and set the moratorium to coincide with the time limit. This could be a huge task but the accomplishment of it would be a true safety net that would stop the foreclosures immediately.

The cost of the moratorium is minimal compared to the cost of foreclosure. But there is a cost. The success of the program could be reflected in a somewhat return to normalcy of the mortgage market and the turning of the housing slump. What would this Nation give for that? I would think it would be a lot.

It is time for common sense to take hold, politics to "butt out" and maybe the turn around will come with less pain and less time than we currently are thinking it will be.

I do not profess to have all the answers but I do believe the moratorium can work. If it does we might find that money doesn't solve every problem, but clear thinking might.

Sorry Liberals, But The Nazis Were Progressive Leftists
Townhall
Liz Cheney threatens to stop being a Republican if Trump is the 2024 nominee and LOL that's a whole lotta backfire
Twitchy
Democrats See Red After Latest Major Poll Flips the Narrative
Redstate
THIS IS NOT THE AMERICA I KNOW: Dozens of FBI Agents Raid Home of Catholic Pro-Life Activist as Children Scream in Terror
PJ Media