Robert Knight
|
Posted: May 19, 2020 12:01 AM
Share   Tweet
The opinions expressed by columnists are their own and do not necessarily represent the views of Townhall.com. 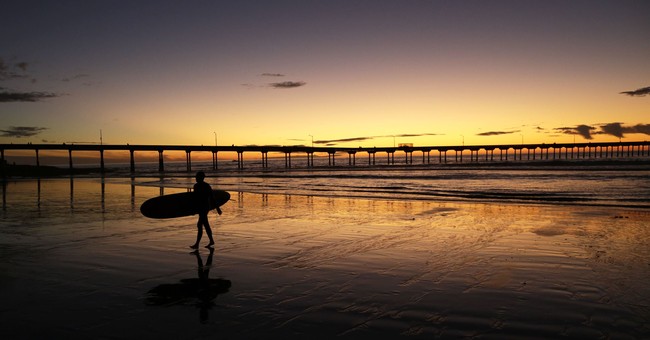 About 15 years ago, Ravi Zacharias spoke at a banquet in Washington, D.C. hosted by Concerned Women for America.

He held the audience spellbound, the usual response to this soft-spoken Christian expositor who was born in India in 1946 and came to America by way of Canada.

If C.S. Lewis was the greatest Christian expositor of the 20th century, Ravi Zacharias might well go down in history as the greatest of the 21st Century.  Both are often described as “apologists,” but that sounds defensive to the modern ear.

Ravi talked of many things at that banquet, often cracking up the audience with wry humor. But his takeaway message was about “licit pleasures,” that is, pleasures given to us by God and which delight God when we enjoy them as He intended.

Modern humanity, Ravi said, especially in the West, has become obsessed with ourselves, and especially sensate pleasures to sate our appetites.  The false religion of hedonism, he said, is based ironically on sensations created by God for our own good.

The opposite error of recklessly indulging in one’s appetites is to become a legalistic shrew, always on the lookout for someone (especially ourselves) who might be having a good time.

This is also the classic libel directed at Christians by an unbelieving world that’s building its own faith of virtue signaling, worship of nature and libertine ethics.

In contrast to their big, open-hearted selves, they paint Christians as humorless, strict Puritans, the sort of people who want to stamp out any joy.  This is itself a slander against the Puritans, who could be quite joyful and earthy.

The stereotyped Puritan is a handy caricature to shame opponents and ridicule genuine virtue.   It’s why the Christian-hating, feminist author Margaret Atwood puts the abused women of “A Handmaid’s Tale” in hooded garb suggestive of Puritans.  It’s why proponents of limitless obscenity dismiss any concerns as “puritanical.”

Anyway, Ravi addressed the tendency of modern people to do this to themselves.  For instance, he said, many in our health-conscious society deny themselves simple, innocent pleasures.  If it isn’t something of a grind, it must be wrong.

This view is epitomized by “Jef the cyclist,” a character in the comic strip Pearls Before Swine whose fanatical health regimen leaves him thinking he’s far superior to everyone else.   No knock here on people who are serious bikers, but you know the type.

By denying “licit pleasures,” Ravi says, we either risk missing out on them or abusing them.

In C.S. Lewis’ “The Screwtape Letters,” the seasoned devil rebukes his demonic nephew for losing one of his subjects to “the enemy” – God.  He asks him how he let this happen.

“I don’t know,” says the young imp.  “But every morning he used to take a long walk, just to be quiet and reflective.   And then, every evening, he would read a good book. Somehow, during those books and walks, the Enemy must have gotten his voice through to him.”

Screwtape responds, “You should have allowed him to take that walk purely for physical exercise. You should have had him read that book just so he could quote it to others. In allowing him to enjoy pure pleasures, you put him within the Enemy’s reach."

Ravi quotes that passage in one of his books, “The Grand Weaver” (2007).   Screwtape further expounds:

“Never forget that when we are dealing with any pleasure in its healthy and normal and satisfying form, we are, in a sense, on the Enemy’s (God’s) ground… It is His invention, not ours. …  all our research so far has not enabled us to produce one.  All we can do is to encourage the humans to take the pleasures which our Enemy [God] has produced, at times, or in ways, or in degrees, which He [God] has forbidden.”

Over the course of his ministry, whose radio program is called “Let My People Think,” Ravi Zacharias has gone around the world, debating all comers, from militant atheists to Hindus, Buddhists and Muslims.  Armed with a brilliant intellect and the Socratic method of asking questions, he has left Oxford dons speechless.

A gentleman to his core, Ravi is always respectful toward his fellow discussants, even puffed-up undergrads who make Greta Thunberg look like Mary Tyler Moore.  He speaks softly while carrying a big stick.

Coming from a Hindu culture, he understands the gulf between religious views but also the power of universal truths that transcend cultural differences.  He casually cuts the floor out from under his opponents with stiletto-sharp logic – all the while exuding genuine warmth.  Watching him do this is one of those simple, licit pleasures he talks about.

At age 74, Ravi is battling inoperable cancer.  He and his family could use prayers. Barring a miracle, it may not be long before we lose one of the lions of the faith, who is looking to enjoy “fullness of joy; At Your right hand are pleasures forevermore” (Psalm 16:11).

Like C.S. Lewis, when he does depart, Ravi Zacharias will have left us with a cache of illuminating works whose insights will stand the test of time.