The Method to Their Mad Science

Robert Knight
|
Posted: Jan 28, 2020 12:01 AM
Share   Tweet
The opinions expressed by columnists are their own and do not necessarily represent the views of Townhall.com. 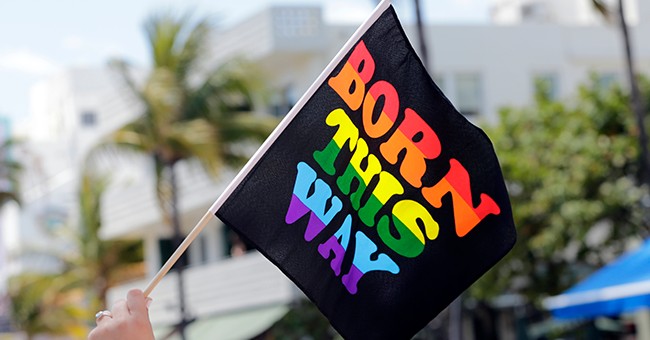 Thanks to Utah’s benighted legislature this past week, parents in that state are now barred by law from seeking licensed counseling for their children who suffer from gender identity confusion or unwanted same-sex feelings.

The parents are free, of course, to hire counselors who steer the kids into transgenderism or homosexuality – but not the other way around.  This is the brave, new America.

So, if a child is molested and develops same-sex attractions or gender dysphoria, parents cannot find credentialed help, just quacks who insist that no one can ever “go straight” or even try.  This would be news to actress Anne Heche, or New York Mayor Bill de Blasio’s wife, former lesbian activist Chirlane McCray, or many other “ex-gays” and “ex-transgenders” who have transitioned back to natural sexuality.

Utah’s new law, like 18 states before it, is totalitarian in spirit, right up there with a handful of people in black robes imposing abortion and same-sex “marriage” on the whole nation.

This one-way street defies biology, bodily teleology, parents’ rights, nature and nature’s God, common sense and truth.  And it’s steamrolling through the states on the heels of misplaced compassion and misinformation.

This past month, Virginia’s new Democrat-run legislature showed with a vengeance that elections have consequences.  After announcing a radical pro-abortion agenda, they bristled with measures to roll back gun rights (triggering an impressive gun rights rally at the state capitol) and then went full-tilt on LGBTQ issues.

Last Tuesday, they voted to approve a “conversion therapy” ban similar to Utah’s. Other bills would allow changing the sex listed on birth certificates (thus inserting dishonesty into the public record), replace “husband” and “wife” with gender-neutral “parties” in divorce law, and repeal the state’s legal definition of marriage as the union of one man and one woman.  A lone Republican, Sen. Jill Vogel (R-Fauquier), voted for the ban on “conversion therapy,” and several other GOPers joined her in voting to end exclusive state recognition of natural marriage.

The totalitarian notion that a state can abolish counseling regardless of a client’s wishes is so un-American that it should be doomed on arrival in any fair American court.  But liberal courts are often part of the problem.

This runs far deeper than legal issues. These laws assault the very idea of an exquisitely designed male-female complementarity at the heart of creation. By definition, they marginalize Christians, Jews, Muslims and others who hold to a natural understanding of what is now dismissed as “binary sexuality.”

This most victimizes the poor, confused people who put their trust in what amounts to mad science.

“’Sex change’ is biologically impossible,” said Dr. Paul McHugh, former psychiatrist-in-chief at Johns Hopkins, who halted the practice years ago.  “People who undergo sex-reassignment surgery do not change from men to women or vice versa. Rather, they become feminized men or masculinized women. Claiming that this is a civil-rights matter and encouraging surgical intervention is in reality to collaborate with and promote a mental disorder.”

While liberal jurisdictions are criminalizing the use of a “wrong” pronoun, a half dozen states are considering bills to protect children from over-eager gender benders.

“So-called transgenderism has no objective definition,” said Jennifer Roback Morse, author and founder of the Ruth Institute.  “No blood test, genetic testing, or brain imaging scans can confirm or deny the existence of a ‘transgender’ condition. The pharmaceuticals used to block puberty have not been approved for this purpose by the FDA. They have numerous well-documented side effects. The surgeries that attempt to change the sex of the body are irreversible.”

In Florida, legislators are considering a bill to make medical gender “transitioning” of children a second-degree felony.

Research shows that the vast majority of gender-confused and same-sex-attracted children grow out of it by late adolescence – if they’re allowed.

“Having been given a second chance at life, I feel compelled to share this hope with others,” Walt Heyer, a former transsexual who has been married to a woman for 23 years, wrote in the Federalist. He laments “the explosion in the number of children and adolescents diagnosed with gender dysphoria and the tight stranglehold excluding other treatment options.”

The LGBTQ movement rests on the fiction that DNA, brain structure and physiology is irrelevant. Only feelings count. The Left, which lectures us constantly about bowing to the gods of science, has an enormous blind spot when it comes to sexuality.

Or maybe they don’t.  They know that sexual anarchy is a key part of “fundamentally transforming” America into a rudderless society easily manipulated into dependency. Socialists have been at this since the 19th century.

Let’s just say there’s a method to their mad science.