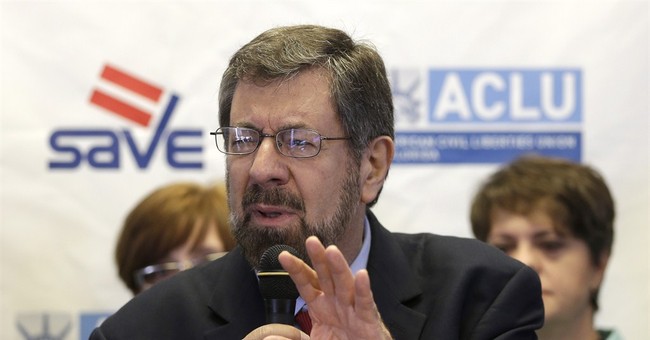 The American Civil Liberties Union (ACLU) is ramping up its campaign to use the courts to force all Catholic hospitals to provide abortions and sterilizations.

The strategy is clear: Use the anecdotal exception to destroy the general rule.

In the current scenarios, the ACLU is representing women who claim they need to be sterilized because of alleged threats to their health posed by future unwanted pregnancies, or they need to have access to abortion in case they have complications.

The women could utilize the services of another hospital. But instead, they are suing to force Catholic hospitals to perform the sterilizations or abortions.

The targets are the Ethical and Religious Directives for Health Care Services of the National Conference of Catholic Bishops and the First Amendment’s religious freedom guarantee.

On September 23, the ACLU of Michigan sent a demand letter to Genesys Hospital run by Ascension Health in Grand Blanc, Michigan, on behalf of a pregnant woman with a life-threatening brain tumor. The hospital denied her request for a tubal ligation at the time of her scheduled cesarean section delivery in October.

The ACLU says her doctors advised her to have the tubal ligation at the time of her C-section because another pregnancy would exacerbate risks posed by her tumor, as would another surgery after the delivery.

“Catholic bishops are not licensed medical professionals and have no place dictating how doctors practice medicine, especially when it violates federal law,” wrote ACLU of Michigan Staff Attorney Brooke A. Tucker, referring to the Emergency Medical Treatment and Active Labor Act (1986), which requires hospitals that accept Medicare and Medicaid to provide emergency care to anyone who needs it.

The ACLU and its state affiliate also filed a federal lawsuit on Oct. 1 against Michigan-based Trinity Health Corporation, which operates more than 80 hospitals around the country. The suit contends that the hospitals’ refusal to perform abortions puts women with troubled pregnancies at risk.

“This case has no merit," Trinity said in a statement to ModernHealthCare.com. "The Ethical and Religious Directives are entirely consistent with high-quality healthcare, and our clinicians continue to provide superb care throughout the communities we serve.”

Catholic doctors treat mother and baby as two patients, not just one. This means preserving two lives in the course of treatment.

“What (the ACLU) is trying to do is force Catholic hospitals to relax their rules,” Health care law expert and Samford University professor emeritus Leonard Nelson told ModernHealthCare. “They would like Catholic hospitals to not have any particular religious orientation, especially when it comes to abortions.”

As Catholic health corporations, Genesys and Trinity are bound by Directive 53 of the Ethical and Religious Directives for Catholic Health Care Services of the United States Conference of Catholic Bishops, which states:

“Direct sterilization of either men or women, whether permanent or temporary, is not permitted in a Catholic health care institution. Procedures that induce sterility are permitted when their direct effect is the cure or alleviation of a present and serious pathology and a simpler treatment is not available.”

And here’s Directive 70: “Catholic health care organizations are not permitted to engage in immediate material cooperation in actions that are intrinsically immoral, such as abortion, euthanasia, assisted suicide, and direct sterilization.”

In August, the ACLU threatened to sue Mercy Medical Center, a facility run by the Sisters of Mercy and part of Dignity Health, which operates 40 hospitals – 22 of which are Catholic – in California, Nevada and Arizona, according to CNSNews.

Rachel Miller, a 32-year-old attorney, was rebuffed by hospital officials after she asked them to sterilize her following a planned live birth. She said that going to another hospital 160 miles away for the procedure was a hardship. After the ACLU threat, hospital officials agreed to perform the operation.

Hard cases make bad law, and the ACLU is very obviously going out of its way to destroy the unique, religious character of Catholic hospitals.