Time to Break from Obama with Offshore Energy

Robert Bradley
|
Posted: Jul 06, 2019 12:01 AM
Share   Tweet
The opinions expressed by columnists are their own and do not necessarily represent the views of Townhall.com. 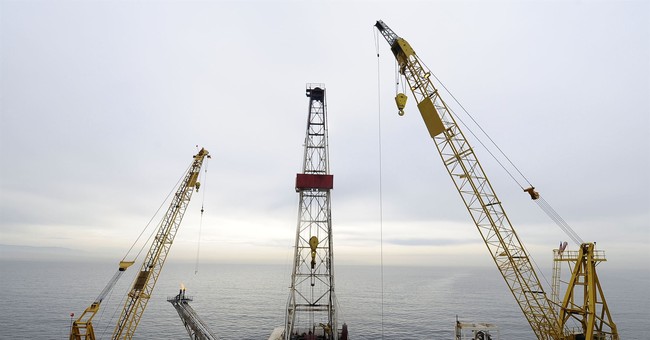 The Trump administration recently appealed a court decision that prohibits offshore development in the Arctic and Atlantic Oceans.

American workers and energy consumers should hope this appeal is successful.

Suspending offshore development would entrench the energy policies of the Obama administration, which banned oil and gas exploration throughout the Atlantic.

Federal law requires the Interior Department to publish five-year plans detailing which offshore areas are -- and which ones aren't -- open to energy exploration. Currently, the department is operating under the program the Obama administration approved in its final days, a midnight regulation from a regime with a worldview that was repudiated by voters.

The Trump administration plans to supersede the old directive, which prohibited all energy exploration in the Atlantic Outer Continental Shelf (OCS), the territory between three and 200 nautical miles from the East Coast. But a recent ruling from US District Court Judge Sharon Gleason keeps an Obama-era ban on Atlantic and Arctic offshore development in place.

That's a shame. The Atlantic in particular holds promise of immense energy wealth. Geologists don't know exactly how much oil and natural gas lies beneath the ocean floor because the Atlantic OCS hasn't been surveyed in three decades. But the Bureau of Ocean Energy estimates the region may contain more than 4.5 billion barrels of oil and more than 38 trillion cubic feet of natural gas, a quantity greater than Americans used all last year.

In the Atlantic alone, offshore energy development could produce the equivalent of 1.3 million barrels of oil per day -- equal to 70 percent of current production from the Gulf of Mexico.

Tapping such resources would rev the economy and could beget an estimated $20 billion or more in annual private investment within two decades.

A five-year program under the Trump administration would likely expand exploration of the Alaskan and Eastern Gulf Shore OCS territories, too.

Even more impressive? The average worker in the oil and natural gas industry jobs earns more than $100,000 per year.

The nation can't afford to continue the Obama administration's "leave-it-in-the-ground" approach to energy. By restricting drilling permits to the Gulf of Mexico and Alaska OCS areas  -- and thus leaving 94 percent of federal territories off-limits  -- federal leasing revenues dropped nearly 85 percent from 2008 to 2016. Jobs that would have been created -- and tax revenues that would have poured in -- simply didn't materialize.

President Obama's policies have prevented Americans from enjoying their offshore energy wealth for far too long. If its appeal is successful, the Trump administration can put an end to this senselessness by moving forward with its offshore plan -- and including the Atlantic in it.

Robert L. Bradley Jr. is the founder and CEO of the Institute for Energy Research.