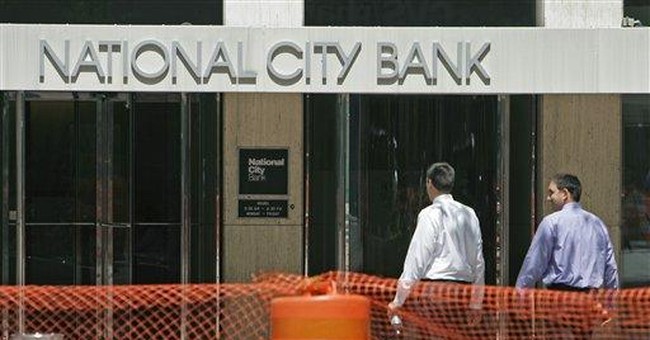 During the famous "bank war" of the 19th century, the president of the embattled Second Bank of the United States, Nicholas Biddle, knew how to operate -- spend money liberally. Bank defender Sen. Daniel Webster wrote him once, "If it is wished that my relation to the Bank should be continued, it may be well to send me the usual retainers."

It is unlikely any politician was ever so frank with Fannie Mae and Freddie Mac, the quasi-private mortgage lenders that have teetered on the verge of collapse. Washington has become a less, shall we say, direct place since the 1830s. But Fannie and Freddie have used the time-honored persuasiveness of cash to stave off reforms that might have avoided the near-disaster of recent days.

Fannie Mae and Freddie Mac are called government-sponsored enterprises. At times, Congress has seemed a Fannie Mae- and Freddie Mac-sponsored enterprise. The companies spent $200 million on lobbying and campaign contributions during the past decade. They lavished dollars on members of Congress, hired key Washington players for lucrative executive positions and extended the largesse to nonprofits through a charitable foundation and to congressional districts around the country through so-called partnership offices.

For a senator or congressman to get on the Senate Banking or House Financial Services committees was a guaranteed ride on the Fannie and Freddie gravy train. With their sharp lobbying elbows, sometimes it was unclear who was doing oversight on whom.

Whatever the question, the answer in Congress was always forestalling significant tightening of Fannie and Freddie's operations. After the savings and loan debacle in the early 1990s, the institutions fought off meaningful new regulations. After Fannie was caught cooking its books to the tune of $6.3 billion a few years ago, the institutions still escaped reform. With the subprime mortgage market in meltdown lately, Congress has wanted Fannie and Freddie to assume even more risk.

Fannie and Freddie exist to bolster mortgage lenders -- and therefore homeownership -- by buying mortgages, guaranteeing them and selling them on the secondary market. With an implicit promise of federal backing, Fannie and Freddie have borrowed money at low rates and used these funds to purchase and hold large portfolios of mortgages and mortgage-backed securities, now totaling $1.4 trillion. In short, the government gets the risk, the executives and shareholders get the profits.

"Unlike many well-capitalized savings and loans and commercial banks," Alan Greenspan warned in 2004, "Fannie and Freddie have chosen not to manage that risk by holding greater capital." Why would they, if Uncle Sam is underwriting them? Fannie and Freddie kept Congress from limiting their expansion and from tightening their capital requirements. Instead, Fannie and Freddie have been recklessly undercapitalized at debt-to-equity ratios of 20-1 or more, when Bank of America and J.P. Morgan are at roughly 4-1.

When a market loss of confidence plunged Fannie and Freddie toward the abyss, Treasury Secretary Henry Paulson made the implicit federal guarantee explicit. The feds had no choice, lest Fannie and Freddie take down the financial markets with them. But, incredibly, Congress wants to pony up the tax dollars without asking for major reform.

The usual Democratic horsemen of regulation -- Sen. Chris Dodd (the top recipient of Fannie and Freddie contributions since 1989), Sen. Chuck Schumer, and Rep. Barney Frank -- are Fannie and Freddie apologists. That's not surprising. If the institutions are bipartisan influence-buyers, they have had a Democratic coloration. Former Walter Mondale aide Jim Johnson headed Fannie during the Clinton years, and was replaced by former Clinton OMB director Franklin Raines.

Breaking up a political cash cow is hard to do. But ultimately Fannie and Freddie should be put in federal receivership, busted up and sold off. It's an experiment in crony capitalism that has failed. Even Nicholas Biddle lost his battle to save his bank so long ago. Fannie and Freddie may, unfortunately, prove a more enduring lesson in how to win friends in Washington.