The Sound of China Breaking 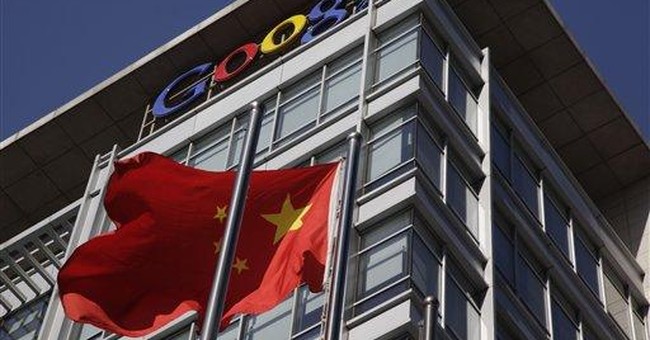 As if we don't have enough to worry about - guys with exploding BVDs, bankers getting billions in bonuses, one out of five Americans who want a full-time job unable to get one, and the Redskins with their 27th head coach in 10 years just as examples - now we have the Chinese replacing the good ole' U. S. of A. in a number of economic categories which we have owned for about the past 100 years.

According to the CIA's World Factbook, China, in just one generation beyond Mao, is the second largest economy on the planet - a bit over half the size of the U.S. economy and about twice the size of Japan which is in third.

On the car front, here's what the BBC had to say:

The China Association of Automobile Manufacturers said 13.6 million vehicles were sold within the country last year. That compares with just over 10 million vehicles in the US, which was previously the world's largest market.

Now, it is true that GM and Chrysler (which we own) make cars that most people wouldn't drive off the lot even if the federal government gave them $4,500 each to do it, but still. 13.6 million Chinese people who, a couple of years ago, were riding their bicycles to work are now they are buying cars in bigger numbers than Americans.

Chinese banks have cemented their position as the most highly valued financial institutions, taking four of the top five slots in a ranking of banks' share prices as a multiple of their book values.

I know you're wondering about this, so I will tell you that according to that same FT article, "Goldman Sachs is ranked 22nd and JPMorgan 31st."

When will this encroachment on Western economies by China end? Soon, maybe.

Remember that the worldwide recession was triggered by the collapse of the housing bubble in the U.S.? The world's largest economy? Fragile as the world's economies remain, how bad would it be if, say, the second largest economy had a housing collapse? Pretty bad, right?

Steve Mufson, again filing for the Washington Post, wrote this: [M]any of the usual bubble warning signs are flashing. Fueled by low interest rates, prices in Shanghai and Beijing doubled in less than four years, then doubled again. Most Chinese home buyers expect that today's high prices will climb even higher tomorrow, so they are stretching to pay prices at the edge of their means or beyond. Brokers say it is common for buyers to falsely inflate income statements for bank loans.

Any of that sound the least bit familiar?

China holds about a trillion dollars of U.S. debt. A lot of that debt is the result of the housing collapse. If China's housing market suffers a similar fate, they won't be able to buy any more Treasury notes. If the Administration can't fund its deficits, then … crash.

That's the sound of China breaking.