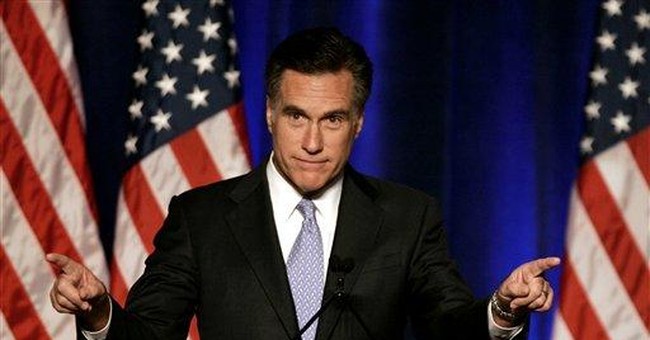 Now that Mitt Romney is out of the presidential race, it’s the perfect time to discuss what we should have learned from all the chatter about his faith. The questions and answers relating to faith and holding public office are far more important than one candidate.

If you ask almost any American where the Constitution provides for religious liberty, what are you likely to hear? The First Amendment. There, in words many of us know by heart, we read: “Congress shall make no law respecting an establishment of religion, or prohibiting the free exercise thereof …”

But there’s another important reference to religion in our Constitution. Considering the vitriolic manner in which our modern media culture treats faith in general, though, if you haven’t read the Constitution yourself, you probably don’t even know it’s there.

Article 6, Clause 3 states: “… no religious test shall ever be required as a qualification to any office or public trust under the United States.” That phrase, and the troubled intersection of private faith and public office, is the subject of a fascinating new documentary titled “Article VI.”

Independent filmmakers Bryan Hall and Jack Donaldson explore the current debate over the issue and remind us that ignorance on the subject is nothing new. They show how during John F. Kennedy’s campaign for the presidency in 1960, Kennedy had to go to great lengths to assure non-Catholic Americans that he wouldn’t be a tool of the Vatican -- that the Catholic Church wouldn’t be dictating policy decisions if he were elected. Addressing the Greater Houston Ministerial Association, Kennedy said: “I am not the Catholic candidate for president. I am the Democratic Party’s candidate, who happens to be a Catholic.”

Fast forward 48 years, and it seems remarkable that Kennedy’s faith was an issue. With Catholics serving alongside Protestants and the adherents of other faiths (and no faith) for years, the furor almost appears quaint. You would think the “faith” issue was settled once and for all. But as Hall and Donaldson reveal, when they interviewed people across the country from many walks of life, the way people reacted when Romney, a Mormon, was running for president sounded eerily familiar.

Like Kennedy, Romney had to tell voters repeatedly why his faith didn’t disqualify him for the Oval Office. Are we really still asking such questions in America?

Part of what makes “Article VI” such a compelling film is that Hall and Donaldson give us historical context. They remind us, for example, that there’s a shameful tradition of anti-Catholicism in the U.S. When Al Smith ran for president against Herbert Hoover in 1928, he was pilloried for his Catholic faith. It was denounced as anti-democratic, monarchical -- not in tune with American institutions. And there’s also an appalling tradition of prejudice against those of the Jewish faith who seek high office. Remember the horrible questions the press asked of Sen. Joseph Lieberman when he ran for president? Some things never change. For many in the media, it seems, Mormonism is the new anti-semitism.

Of course, every voter should feel free to NOT vote for a candidate based on any reason -- their politics, their ideology, their position on this issue or that ... even their faith. But if a potential candidate is loyal to America, to say that he is unfit to run for office or unfit to govern because of his faith is just plain wrong -- and the Constitution makes that perfectly clear.

Al Smith lost, of course, and by 1960, such sentiments seemed to be changing. But the media just loves to beat people up over faith. The American public, however, does intuitively seem to understand (although we can often get confused by the headlines). As talk-show host Hugh Hewitt says in “Article VI,” 95 percent of the electorate just wants to know whether someone is a good person, not what his theology is. Otherwise, Hewitt notes, we wouldn’t have elected Abraham Lincoln, who “wasn’t remotely an orthodox Christian.” Lincoln read the King James Bible and spoke openly of God, but he belonged to no specific domination.

In “Article VI,” we hear from Jews, Hindus and Muslims who express their love for this country. We also hear from David French, a constitutional lawyer who advocates Christian rights. As a Christian, he says, he doesn’t believe Muslims and Christians worship the same God, “because the Allah of the Koran bears zero resemblance to the God of the Bible. But there’s a First Amendment in this country. People of all faiths are equal citizens of this republic.”

Whether it’s Mitt Romney speaking boldly of his Mormon faith, Mike Huckabee as an ordained Baptist minister, or Barack Obama taking the pulpit in churches across the country, the personal practice of deep faith by our would-be leaders must be passionately protected. As Kennedy told the Houston ministers: “Today, I may be the victim. But tomorrow, it may be you.”

By the way, The Heritage Foundation will send you a free pocket copy of the Constitution so that you’ll always be armed with the truth about your freedoms. Heritage will even pay the postage -- just visit heritage.org for your free copy.