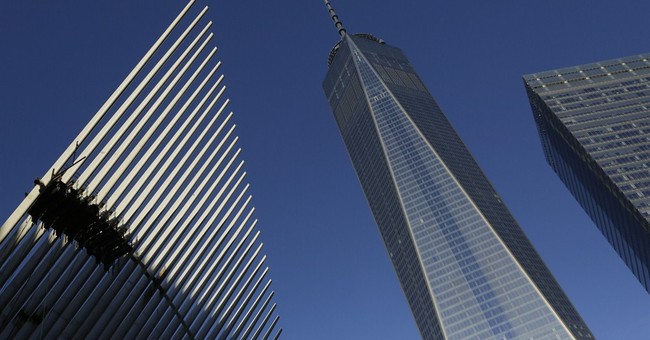 Sometimes, those attacking America seem to understand our economy and the source of our power better than we do ourselves. Terrorists plot big, jarring attacks, in part hoping the spin off effects will cascade throughout our economy, pyramiding the ultimate costs.

When terrorists hijacked airliners and crashed them into the World Trade Center towers, they were hoping not just to murder a few thousand innocent Americans, but to bring down the entire, world leading American economy as well. And they could have, without some careful, pro-growth, national economic policies in response.

It could have scared off consumers from buying, and investors from investing, given the new uncertainties of potential terrorist attacks. And it could have killed off the finance at the foundation of our economy.

The insurance losses of 9/11 totaled $23 billion. Imagine the toll on terrorism risk insurance, the costs of which could be expected to skyrocket when a formerly low likelihood event exploded across our national television screens in spectacular, high profile fashion. That would have the effect of a new terrorism tax on our economy, as so many businesses would have to bear those added costs.

Many businesses are required by financial markets to have terrorism risk insurance, or else no one will lend them money to get into or stay in business. That includes all major construction projects, major commercial centers such as high rise office buildings and large scale shopping centers and hotels, tourist and recreation attractions such as sports stadiums and major theme parks, even major universities. Real Estate Roundtable Chairman Bill Rudin recently told FoxBusiness “new development would likely grind to a halt if terrorism insurance wasn’t readily available.”

Among the successful policies that countered the economic damage from the terrorist attacks were the grossly underappreciated Bush tax cuts of 2001 and especially 2003. Another successful policy was the Terrorism Risk Insurance Act (TRIA).

After 9/11, insurers began withdrawing from offering terrorism risk insurance. Who wants to volunteer to put their money in the line of fire in the global war on terrorism? Consequently, 300,000 jobs were quickly lost in construction. Those were blue collar, hard hat jobs.

National defense is the government’s main responsibility. If the government was carrying that out effectively, the economy would not have to bear the added effective terrorism tax from soaring terrorism risk insurance premiums. One of the greatly underappreciated effects of Reagan’s highly effective Peace through Strength national defense policies was their powerful pro-growth implications, as investment flowed into the American economy from the world over, in part because it was the safest place in the world to park your assets.

TRIA helped cut short the cascading economic losses from the 9/11 terrorist acts. It provides a stop loss limit to terrorist caused insurance losses, which starts to kick in when those losses reach $100 million, reflecting a breakdown in effective national defense. You know that is necessary when a key element of the economy stops working without it, like terrorism risk insurance. Some risks and costs are too great for the private sector to handle without some backup, which can empower a market to function.

That is why a top conservative House Republican leader like Financial Services Committee Chairman Jeb Hensarling (R-TX) supports permanent, long term extension of TRIA now, before it expires on December 31. That would nullify an otherwise rising terrorism tax on the economy, reflecting the virulent rise of antediluvian ISIS, and the likelihood that the Obama Administration will meekly stand aside as Iran completes its development of nuclear weapons.

But TRIA is a rare bipartisan policy in Washington these days. Both Democrats and Republicans supported it after 9/11. And permanent, long term reauthorization passed the Senate in July by 93-4. It has also passed Hensarling’s House Financial Services Committee. And President Obama is not opposing it.

Reminds me of the Reagan days, when Republicans and Democrats worked together for the common good of restoring economic growth and prosperity. Maybe TRIA reauthorization can be the start of a new bipartisan habit in Washington.