Taking the Crony Out of Capitalism 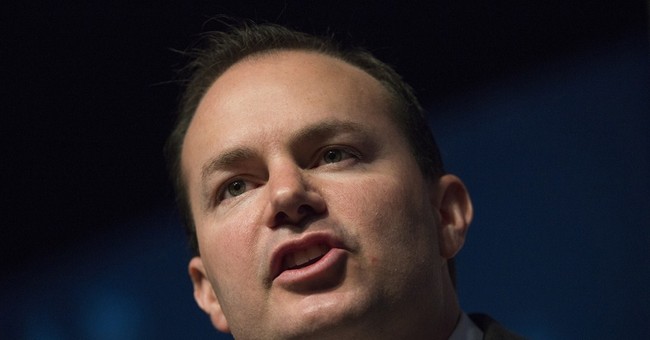 “What too few in Washington appreciate — and what the new Republican Congress must if we hope to succeed — is that the American people’s current distrust of their public institutions is totally justified.”

So wrote Sen. Mike Lee (R-Utah) in The Federalist shortly after the big election earlier this month. “Americans are fed up with Washington, and they have every right to be.”

You can say that again.

When Democrats swept the 2006 mid-term elections to re-take control of the U.S. House of Representatives, it was much more a repudiation of the pork-barreling, corrupt crony behavior of that Republican congressional majority than an embrace of the Democrats’ agenda. The same is true for the thumping voters inflicted on Democrats and Obama just weeks ago, allowing the GOP to capture the Senate and thus control of both chambers. Obama’s agenda lost far more than a Republican agenda won.

Perhaps, that’s why Sen. Lee starts off with the need to earn trust.

Will many Americans simply shrug? His notion of a “more open-source strategy development model that includes everyone” sure sounds nice. But will the same old congressional leaders really change their spots? And after Obama’s promise of the most “transparent” presidency in history, and delivery of one of the least, skepticism is natural.

At least Lee knows his challenges: “Republicans in fact can’t ‘govern’ from the House and Senate alone — especially without a Senate supermajority.” He sees the necessity of working with Democrats, but insists that the congressional majority not compromise away the whole enchilada.

He’s on to something. Finding common ground with Democrats to enact a popular agenda that advances freedom isn’t a compromise. It’s called victory.

And a victory for the people, not just the GOP.

“Anti-cronyism legislation is win-win for the GOP,” he writes, and views “taking on crony capitalism” as a test of the GOP’s “political will and wisdom.” Fighting the corrupt Washington culture of insider deals is sure to test Democratic lawmakers, too.

The issue is important, because, as Lee explains, “The exploitative status quo in Washington has corrupted Americans’ economy and their government, and made its entrenched defenders rich in the process.”

This latter point also suggests any attack on crony capitalism will precipitate a political battle royal, as an army of cronies from big business and big labor fight to keep their hooks into the taxpayers.

But such a high-stakes gambit can carry massive positives for Republicans. “The GOP’s biggest branding problem is that Americans think we’re the party of Big Business and The Rich,” complains the Senator. “If our ‘Show-We-Can-Govern’ agenda can be fairly attacked as giving Big Business what it wants — while the rest of the country suffers — we will only reinforce that unpopular image.”

Instead, Lee implores the “new Republican majority” to “make clear that our support for free enterprise cuts both ways. To prove that point, we must target the crony capitalist policies that rig our economy for large corporations and special interests at the expense of everyone else — especially small and new businesses.”

For starters, Lee suggests dissolving the Export-Import Bank and the Overseas Private Investment Corporation, and eliminating the “taxpayer bailouts for big insurance companies in Obamacare’s ‘risk corridors’ program.” He also notes the need to “break up taxpayer subsidies for the energy industry or large agribusinesses.”

Echoes of Ralph Nader, but with deep free-market rumblings. Not discord, but harmony.

And music to my ears.