Their Revolution And Ours 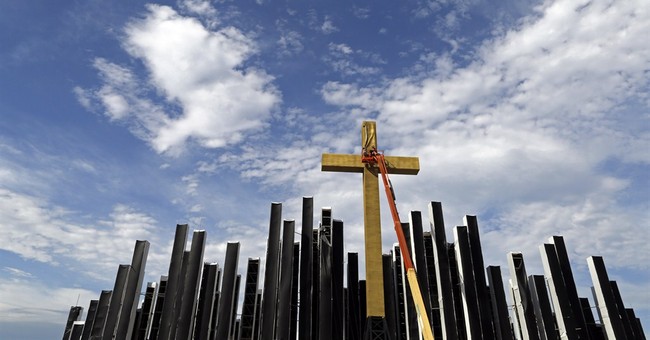 It's happening again. The revolution that overthrew Egypt's long-time dictator is now being overthrown itself. One revolution leads to another, one dictatorship to another. The game never ends; the revolving door just keeps spinning.

Hosni Mubarak's 30-year reign gave way at last -- to an Islamist regime dominated by the Muslim Brotherhood that soon enough began to overreach, sparking mass protests that led to its overthrow, then a military coup and now...

Now this country's prosecutors are going after those who prosecuted Gen. Mubarak and his circle. It's a pattern as dismal as it is familiar, dating back to the French Revolution, that model of modern revolutions. Revolution devours its children. And just where the cycle of revolution and counter-revolution will end, if it does, no one can know.

In his classic study "Anatomy of Revolution," Crane Brinton summed up the swings of the pendulum that characterize revolutions in the modern age. He spoke of a series of successive shock waves that go from hopeful beginning (see the Arab Spring) to the usual Reign of Terror until it reaches the end of its arc (Thermidor), and then begins to swing back. New tyrants succeed the old, and it isn't always easy to tell the difference. Except that the new commissars may be crueler than the old czars, or the new generals more beneficent than the old tyrants. For the moment, all hangs in the balance in Cairo.

Talk about American exceptionalism: Our revolution was different. Instead of continual revolution-and-reaction, the Founders sought an ordered liberty, one that would confirm liberty in law. The result was a system that, with the exception of the Late Unpleasantness of 1860-65, has proven both flexible and stable despite a succession of challenges, changes, and crises.

Our guiding principles have been the opposite of the fierce ideologies that divided and dominated other societies in the modern age, and were not entirely unknown here. In Europe, those fanaticisms produced one totalitarian regime after another. Each may have had its own equal but opposite slogans and class appeals, but no matter how opposed in ideas, all shared a common, defining characteristic: lust for power. As in Nazi Germany and Soviet Russia and their contemporary epigones.

What explains the American difference? Many explanations have been offered over the years. In a little book called "The Genius of American Politics," historian Daniel Boorstin emphasized the practicality of the American experiment. Our revolution, he concluded, was not based on grand theories of government, but on institutions that slowly evolved. They changed to meet changing circumstances -- and, above all, worked, with roots going all the way back to that most unjustly neglected period of American history, the colonial.

A Frenchman named de Tocqueville suggested maybe the key, difference between our political history and that of other modern nations: the pervasive influence of religion here.

Unlike his native France, church and state were not in constant opposition here, each vying for control. Here they were separated. There would not forever be an official, established church in this country, yet religion provided the essential context and informal discipline that restrained the lust for power of both government and the individual. Or as John Adams once observed, "We have no government armed with power capable of contending with human passions unbridled by morality and religion. ... Our Constitution was made only for a moral and religious people. It is wholly inadequate to the government of any other."

Edmund Morgan, who spent a lifetime studying and writing about colonial America and the distinctive revolution it would produce, has just died at 97. He had begun his academic career as a student under the guidance of Perry Miller at Harvard, the great scholar of Puritan America who traced the American difference to the Puritan ethos.

Morgan had studied and admired the elaborate Calvinist theology of Puritanism -- predestination, original sin, human depravity, divine perfection, salvation by grace, the goodness of God despite the presence of Evil in the world (theodicy), and so on -- but he was no believer. It was all abstraction to him, however elegant. "At twenty-two," as he would explain later, "most people did not look all that bad to me." And then he found himself in Germany on August 28th, 1938. Just as the Munich Crisis was about to unfold.

Young Morgan and a student buddy happened to be in the little border town of Breisach when the Nazi dictator, surrounded by the usual cohort of black-shirted stormtroopers, passed through in an open touring car. What impressed the 22-year-old American was how ordinary Herr Hitler seemed. Long before Hannah Arendt, he was struck by the banality of evil. Der Fuehrer "looked like my next-door neighbor or a friend of the family, perhaps a bit old-fashioned but solid." He never forgot that indelible moment. Why? To quote his explanation:

"Puritan theology began to make sense, in a way that shook me. I could not believe in the salvation of a few held out by John Calvin or Jonathan Edwards, but human depravity suddenly acquired a face, the cheerful mask that we all learn to wear as the price of belonging to a settled social order. I was still an atheist, as I am now, but that day in Breisach I became a Calvinist atheist. Human beings are capable of great good, but I know that the capacity for fathomless evil is equally human, and it wears a smiling face."

It is this constant awareness of evil, of the danger of ideas and ambitions unrestrained by the humility and reverence the fear of God induces, that is the great legacy of our Puritan inheritance, much as it may go unnoticed today. And that awareness may explain the difference between our history and that of less blessed lands.